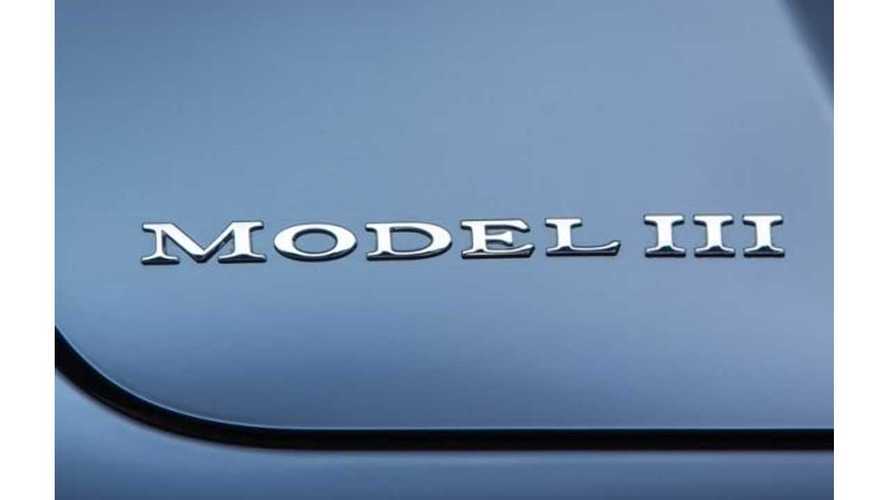 There is a race to grab the long-range, but affordable electric car segment and the Chevrolet Bolt EV will likely be the first one with 200 miles of range (see full details, pics, specs and launch video of the plug-in Chevy from Las Vegas here).

For sure we should expect other serious entries from companies like Nissan, Daimler, Hyundai, VW Group or BMW (maybe an i5?).

And then there is Tesla Motors, which up to date didn't have competition due to its focus on the high-end part of the market. The more Tesla turns to mass market, and established carmakers go for long-range, the more fierce the competition will be.

"The Bolt’s estimated range and price matches what Tesla, the Palo Alto electric car maker, has been promising for years – a practical rechargeable car for the masses. Tesla's repeated delays in delivering its second luxury vehicle – the Model X crossover – raise doubts about whether Tesla can quickly match the fresh competition from GM."

The Tesla Model X was based on Model S with the same battery supplier and the same production line (expanded for Model X specific operations), and it took over 3.5 years to begin production after presenting the car.

The Model 3 is an all-new car, and as such probably will need an all-new production line and new battery manufacturing at the Gigafactory. It would be a shock to us if Tesla is ready for production Model 3 deliveries in 2017 (even late 2017), perhaps it is more reasonable to expect a token "Founders Edition" cars to arrive in order to technically fulfill past promises - as we saw with the first 6 key hand-offs with the Model X in September.

This week however, Tesla Motors re-confirms again that we will see the Model 3 in March and production will start in 2017.  We hope they are right:

"Tesla said on Wednesday it plans to unveil the design for the Model 3 in March and start selling the car in 2017. "Model 3 is on schedule," Tesla spokeswoman Khobi Brooklyn wrote in an email Wednesday."