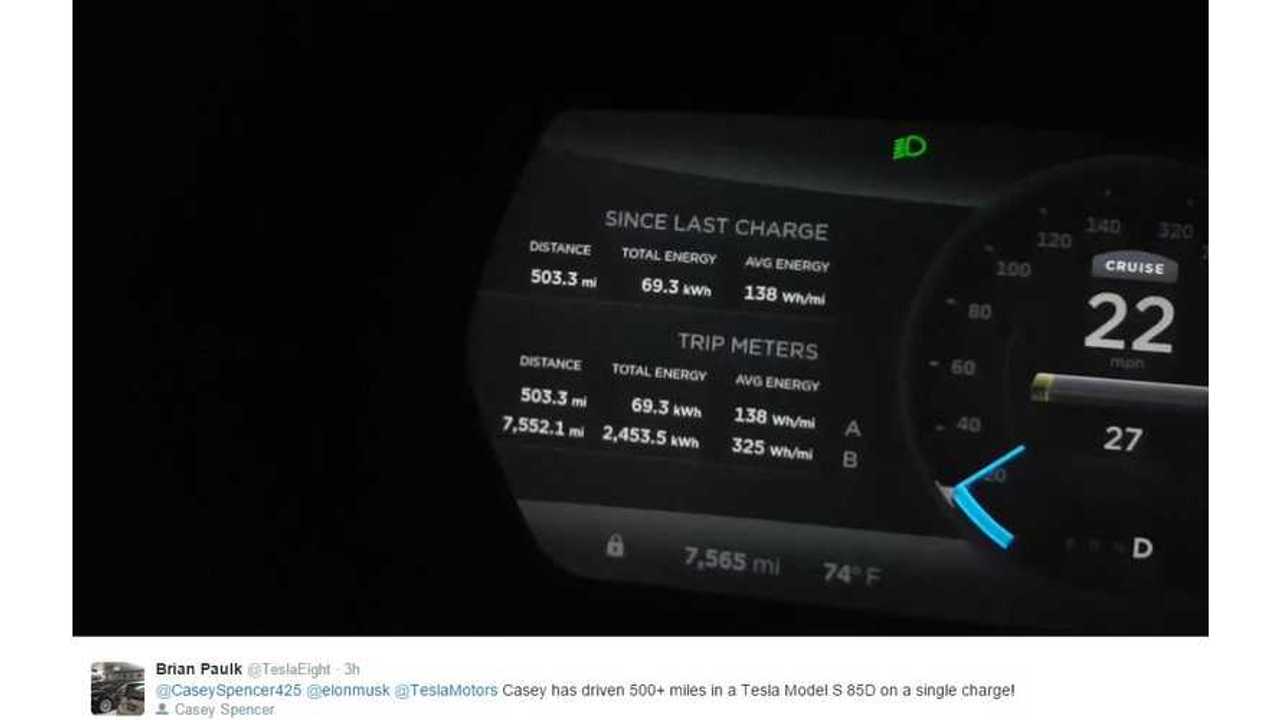 Bjorn Nyland no longer holds the Tesla Model S record on a single charge, as Casey Spencer covered 100 more miles in an 85D.

He was driving for 26+ hours, exceeding 550 miles at an average speed of approximately 20 mph:

Slow speed, and turning everything off was key to setting the new record and becoming the first person to drive a Model S past the 500-mile mark on a single charge.

"He embarked on his voyage in the early AM hours when temperature was at its lowest point thereby eliminating the need to have any air conditioning on. Driving at night also guaranteed that a minimal amount of cars would be on the road. Two external battery-powered fans were used to keep in-cabin temperatures bearable as daylight swung around the horizon.

Casey broke the journey down into three legs with each leg having a different characteristic. The first leg would be mainly downhill, and at night – low temperatures, no wind and coasting most of the way.

The second leg would be mainly flat elevation but would take him into the daylight hours with an increase in windspeed. The third and final leg of the record run would see mainly tail winds bringing him over the finish line at an astonishing 550.3 mi (885.62 km) of distance travelled on a single charge."

Stats from the 500-mile record-beating trip: