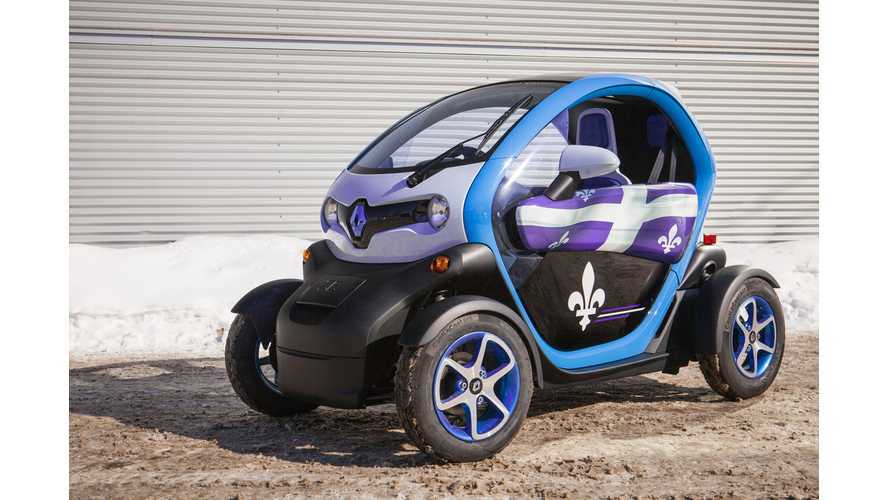 With No Dealer Base In North America, Renault Has Selevtred The AZRA Network To Distribute The Twizy In Qubec Canada (via AVEQ)

Hints at the upcoming arrival of the Renault Twizy for North America first started happening at the 34th International Auto Show in Quebec, where a special edition Twizy made an appearance; and where Renault said it was on the hunt for dealers and to gauge interest in selling the quadricycle in Canada.

AVEQ reports (via our friends at Hybrid Cars) that Renault announced at “electromobile Ile-des-Soeurs" that the Twizy will be coming to Canada (specifically in Quebec) through the Azra Network - known for their 600-odd charging points in the province.

The company says that the all-electric Kangoo ZE van is also being vetted for approval in Canada, but the Renault Zoe will not be making an appearance given the EV's low side-impact safety ratings.