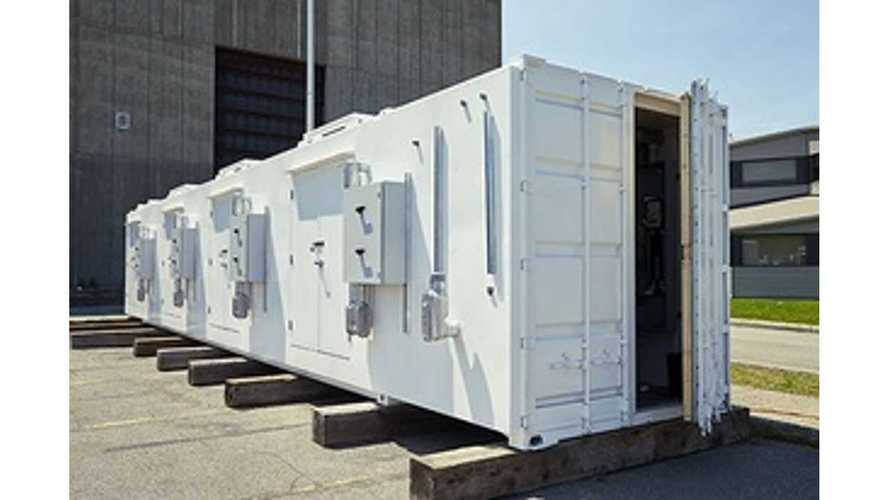 Hydro-Québec has energy under control

Esstalion Technologie, a JV established by Sony Corporation and Hydro-Québec about year ago to research and develop large-scale energy storage systems for power grids, is now entering the testing phase.

This summer Esstalion will do an experimental launch of its first 1.2 MW / 1.2 MWh ESS to help meet electricity demand during peak consumption periods and facilitate the integration of renewable energy onto the grid.

With Hydro-Québec li-ion technology, and Sony as the battery cell manufacturer, count Esstalion as another option in the rapidly expanding ESS market.

"The prototype is made up of a container measuring 16.2 metres (53 feet) that consists of 576 battery modules, an inverter to convert the current, a transformer to adjust the storage system voltage to that of the grid, and control and protection equipment. The battery modules are manufactured by Sony and use Hydro-Québec's lithium iron phosphate technology.

Using a container will allow the storage system to be moved by truck for quick on-site deployment.

Tests will be carried out in summer 2015 to analyze storage system performance during charging and power and energy injection onto the grid.

Initially, testing will be done on the low-voltage network of the Esstalion Technologies laboratory, set up at Hydro-Québec's research institute in Varennes, Québec. Trials will then be conducted on a 25-kV distribution test line at the research institute.

This is a milestone for this joint venture, set up by Sony Corporation and Hydro-Québec in June 2014."