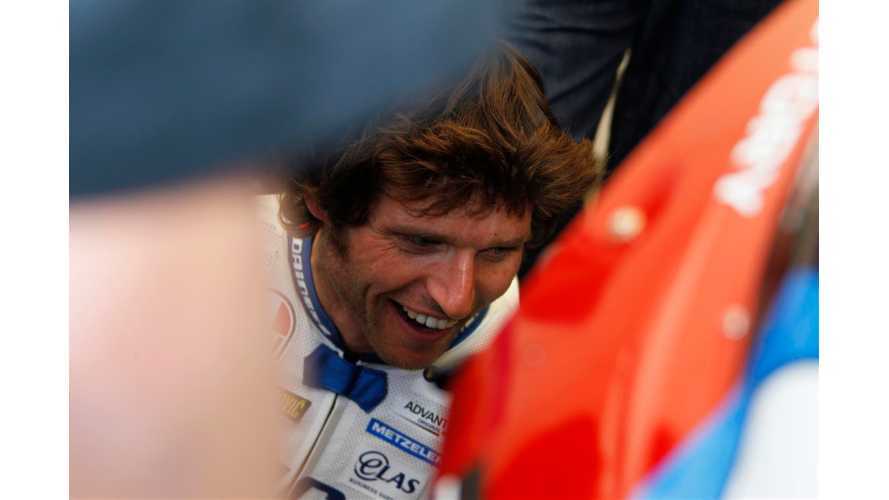 As you may know, at the IOMTT Zero the Polaris Victory (Brammo) team lost one of its riders to a crash in one of the practice rounds - Dunlop is in fair shape, but with some broken ribs after dropping his BMW on Monday.  Victory was able to pull in Dunlop's teammate, Guy Martin, to ride the Victory bike.

But here's the cool part.  Martin, an electric motorcycle neophyte, fairly gushed over this new experience.  Via MCN:

“It’s fast! It’s different. There are no gears, it just goes and keeps going and going! It’s the weirdest, strangest thing. It’s the future isn’t it?”

“You get a bit of wind noise but it’s also how noisy the brakes are, they are the same brakes as on my superbike but you don’t hear it! It handles a treat, it’s so impressive.

It’s strange, it’s not that it’s wrong it’s just that I’m not used to it, it’s the strangest thing. It’s coming! It’s happening!”

Martin heading off to work...