Plug-In Electric Car Registrations By County In State Of Washington 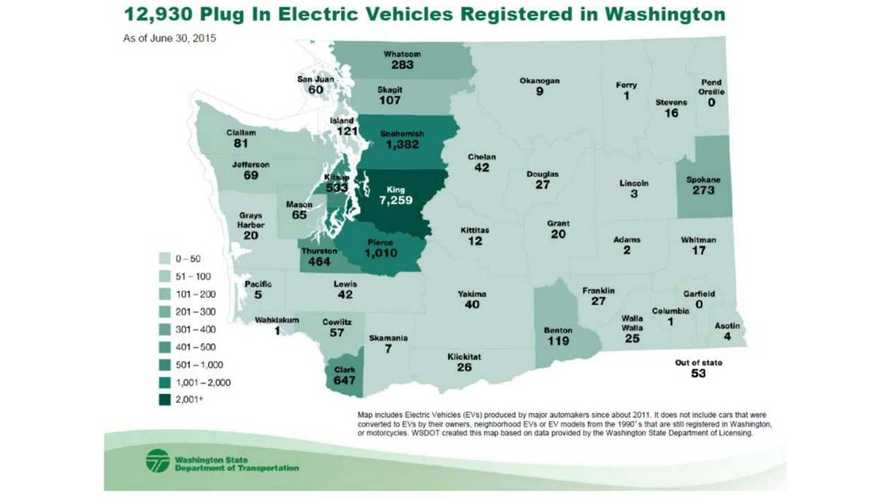 The state of Washington has released this updated infographic on plug-in electric car registrations by county.

From the image, it's clear that the majority of the plug-in cars registered in the state are in the major metropolitan areas (most are in and around Seattle).

Even more obvious is that the west side of the state buys lot of electric cars, whereas the east side of Washington (excluding Spokane County) shows almost zero interest in plug-ins.