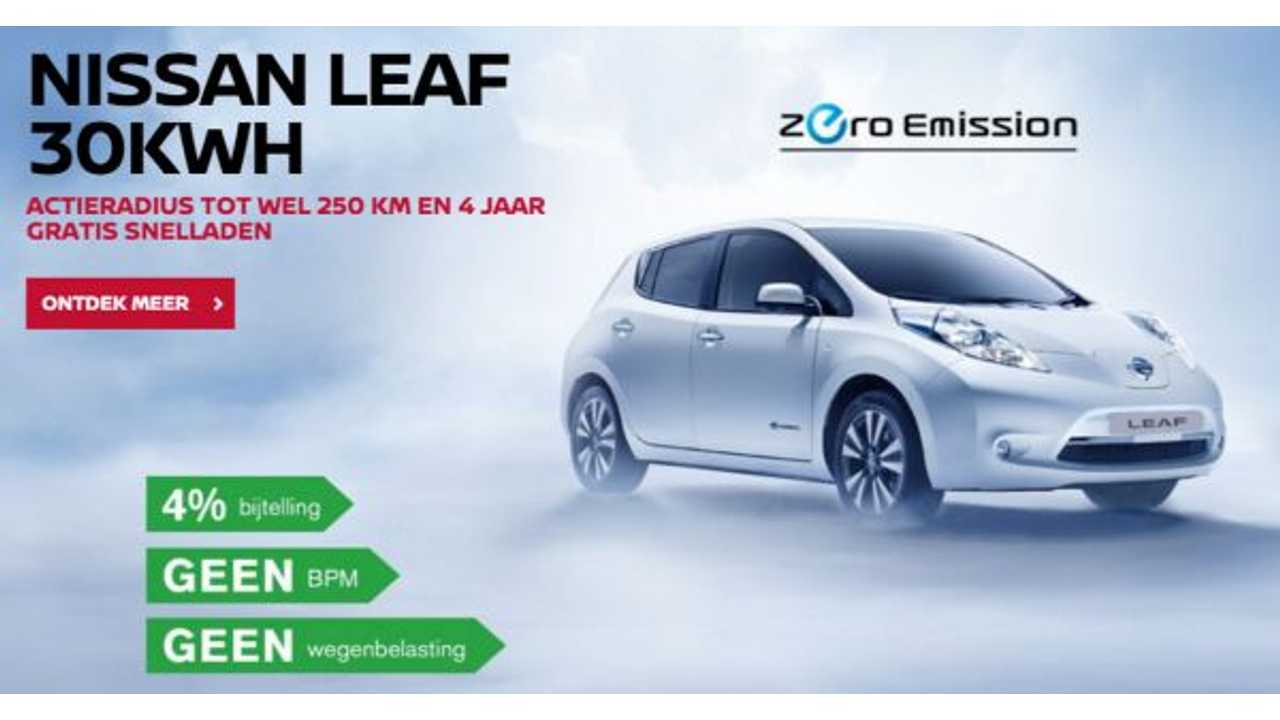 Great news comes from the Netherlands where Nissan and Fastned announced expansion of partnership that earlier resulted in two years of free access to DC fast chargers (similar to No Charge To Charge in U.S.).

The Netherlands is lucky to have Fastned as a solid nationwide charging infrastructure provider, with some 50 well-placed, multi-standard 50 kW chargers along highways. Which is apparently more than enough to seduce Nissan.

The new deal is something to be envied - four years of free DC fast charging at Fastned for every new Nissan LEAF and e-NV200!

The deal concerns only the Netherlands, where Fastned operates, but as Fastned intends to expand to other countries in Europe, it's expected the program will enable free access at all the stations on the network.

"Fastned and Nissan intensify their partnership. As of today, every new Nissan LEAF and e-NV200 will include four years of free fast charging at Fastned. It marks the start of the era of cheap and green electric mobility. With a nationwide network of 50 fast charging stations Nissan drivers no longer have to think about cost and range. In the near future, they are also welcome at Fastned stations in cities and other countries."

"With this Fastned subscription Nissan drivers can fast-charge for free throughout the Netherlands, and soon throughout Europe. This partnership does not only make electric driving economical, it also makes electric cars accessible to those without their own charging point at home.”

The bill for charging will of course be covered by Nissan, who probably negotiated a bulk price reduction, hoping to leverage LEAF and e-NV200 sales.

Four years of access to Fastned network comes as part of Nissan e-Four package, which also includes a rental car for four years (12 weeks total) for holidays, four years of free maintenance and a free charge point at home or at work.

As always, we went inside the details for you to learn where the asterisks are hidden. According to the Nissan press release, there is a 5,500 kWh energy cap for free charging, which should be enough for up to 36,000 km (over 22,000 miles). For a normal user it's not bad at all, and probably will just prevent exploiting the promotion to build a taxi service, or something similar.