Next Generation Smart Electric Drive To Get Renault Zoe Motor 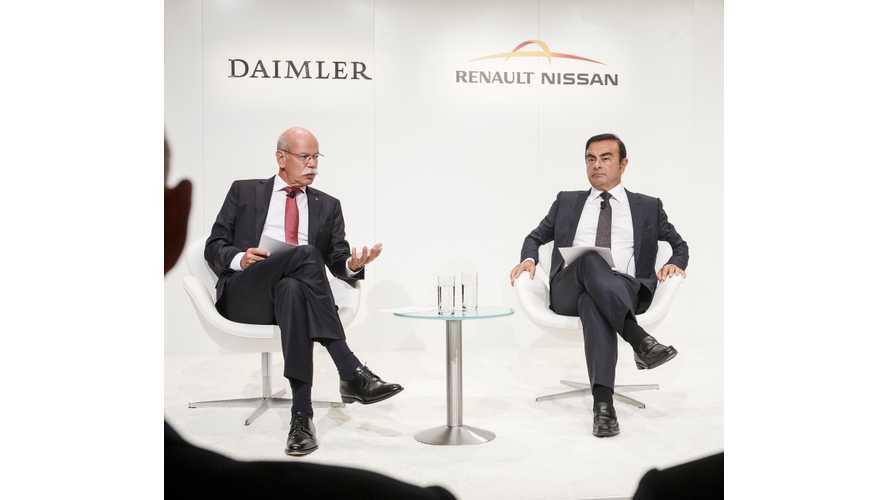 It was over two years ago when we spoke to smart USA's boss, Mark Webster, that we first learned that the current smart Fortwo ED (electric drive) sales would extend past its petrol version, before also heading into next generation trim.

It was said at the time that the reasoning for the slower rollout of the plug-in was due to the cost to spool up the EV's line in France, and the fact it came so late in the product cycle.

Basically Daimler needed to get its money out of the car.  That made sense.

Today's announcement makes the reasoning behind that decision even clearer, as Daimler and Renault announced a 5 year co-operative deal for the French company to supply electric motors for the next generation smart ED.

The new 2016/2017 smart ED plug-in will now be powered by a slightly modified version of the current Renault Zoe's electric motor.   Those drive units today are manufactured at Renault's plant in Cleon, France - which is a handy location, as Daimler's Hamback facility assembles the ForTwo, also in France.

Not quite as good for ForFour ED production, which is also confirmed, as those engines will have to be shipped to Slovenia.

The smart ForTwo and ForFour Will Be Sold In ED Form (Electric Drive) In Late 2016 In Europe, And In ForTwo Trim Only In US At The Same Time

"The Smart Fortwo has been the best-selling electric vehicle in Germany for three years and we see this new venture as a way of widening that success."

Going the "other way" in the transaction, the new Renault Twingo along with the next generation ForTwo and ForFour all currently ride on the same Daimler platform.

The batteries inside the next generation smart ED will still be provided by Daimler's Deutsche ACCUmotive subsidiary out of Germany.

What does all this mean to the average buyer?  Not a heck of a lot.  The next generation smart ED (ForTwo) will still arrive on schedule in late 2016, but it quite likely means that no all-electric Renault Twingo will be build as the two cars would be natural adversaries in the European market.

"Adding Daimler to our electric motor production brings another layer of scale that helps us build on our EV plans."

“It has accelerated the time-to-market for vehicle launches and has been an obvious strategic advantage for each partner.  We look forward to its continued growth, with more joint projects in the future.”

The smart ED is expected to go on sale in Europe and the United States in very late 2016.