2017 Chevrolet Bolt Details Leak Out Ahead Of Today's Reveal 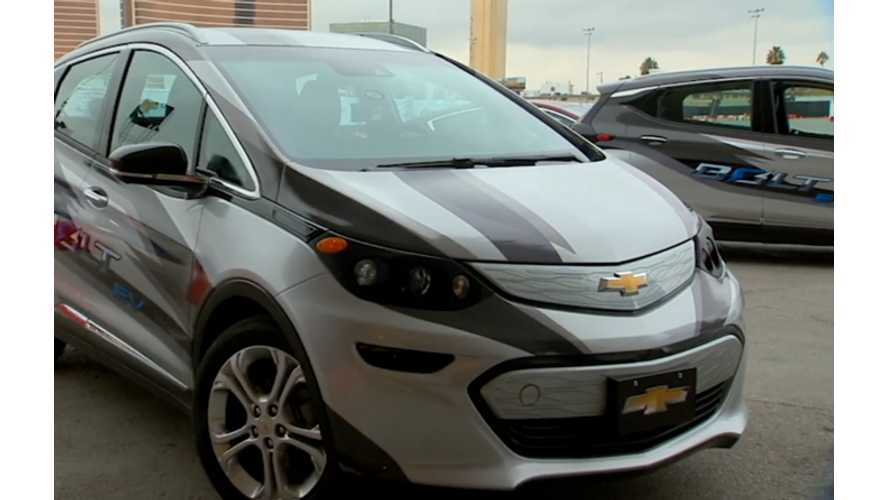 Due to a flurry of embargo breaks, we now have access to the 2017 Chevrolet Bolt details that will be "officially" revealed later today.

In bullet point format, here's what General Motors will reveal at 4 PM EST today (we will also livestream as well at the site) in regards to the 2017 Bolt:

"The Bolt EV truly embodies the ingenuity that is at the core of everything we do at Chevrolet. The technologies and the engineering expertise behind the Bolt EV are tremendous examples of the kind of innovation we intend to offer our customers, across an array of products at a tremendous value, something only Chevrolet can deliver."

The Bolt was largely developed in South Korea with tremendous assistance from LG Chem, but most of the intergration work was done at General Motor's Milford, Michigan site.

Separately, the Detroit Free Press leaked out some drive notes:

"General Motors' first all-electric vehicle is not just a real car, it has surprising agility, a larger-than-expected interior and decent quick acceleration.

Those were my impressions after a brief drive with the Chevrolet Bolt in a large parking lot across from the Las Vegas Convention Center this afternoon.

No one will confuse it with a Corvette or Camaro. That's not its goal in life.

But in world of waning appetites for fossil fuel and growing interest in ride-sharing, the Bolt has a chance to find its niche.

With a maximum speed of slightly more than 90 miles per hour -- I did not reach that in my modest trip -- the Bolt works quite well in urban driving where maneuverability is crucial."

Production of the Chevy Bolt will commence in late 2016 at General Motors' Orion Assembly Plant in Michigan.

Why now check out a couple first drive videos (very bottom of story) of the pre-production Bolt EV from some embargo-jumpers from CES now?