Next Generation Chevrolet Volt To Reverse Trend Of Decreasing Sales 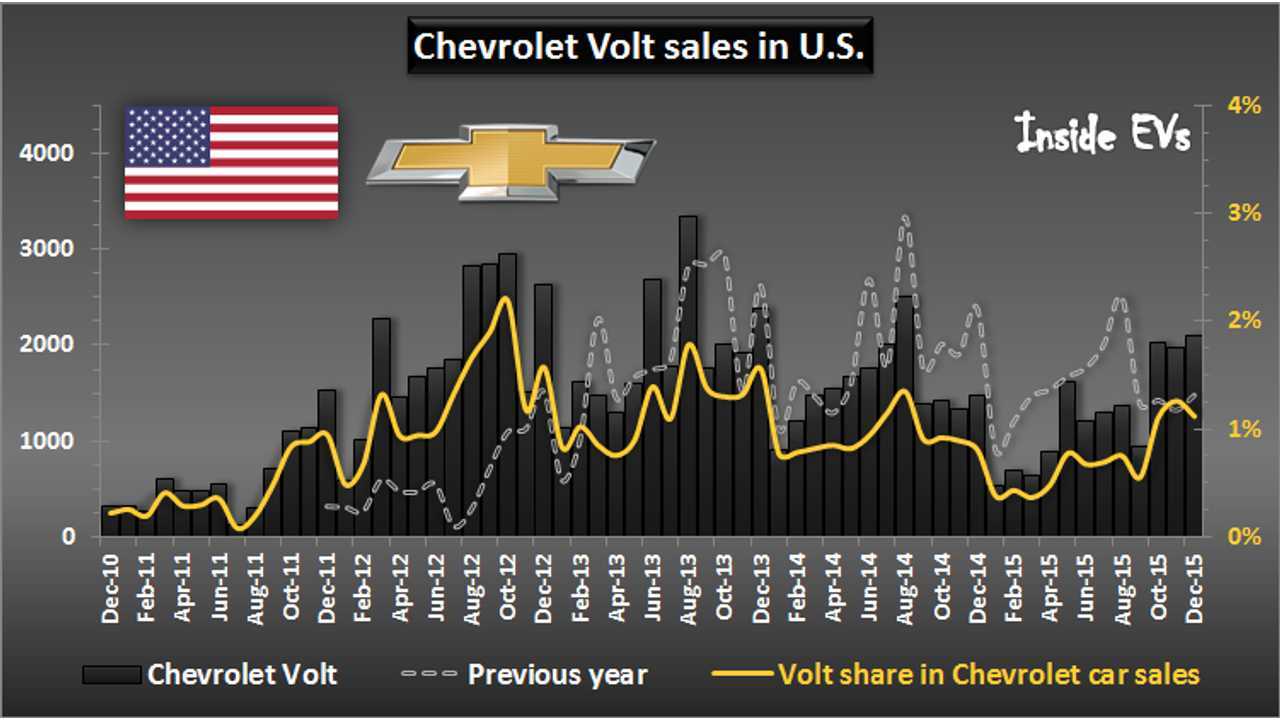 Despite a slow roll out of the 2016 Chevrolet Volt, the next-generation model already brings signs of sales recovery - to at least levels from better times when the Volt sold in higher volume.

The 2,114 Volts delivered in December was the best result in 2015, and marked the third month in a row with growth compared to one year earlier - this despite a regional rollout for the 2016 model that is not (and never will be) deep in stock before the 2017 edition arrives in ~April (with production beginning in February).

We would be willing to bet that the year 2016 could be the best ever for Chevrolet Volt sales with 30,000 units as a best-case scenario; all depending on GM's desire to quickly fill the fairly high demand for the 53 mile extended range car from the American public.

We figure the Volt should have no trouble returning to over 1% share among all Chevrolet vehicle sales (including trucks/SUVs) by the late Spring of 2016.

With 88,750 units sold cumulatively, the Volt is the second most popular plug-in electric car in U.S., and third best in 2015 (after Tesla Model S and Nissan LEAF).

The difference between the Volt and the LEAF is thin on the all-time ranking, so the Volt could quickly be #1 cumulatively next year depending on how Volt/LEAF sales program progress; we still have yet to also see more than 800 or so long range (30 kWh) LEAFs hit dealer lots, especially in California - so the Nissan may not want to surrender the crown easily.