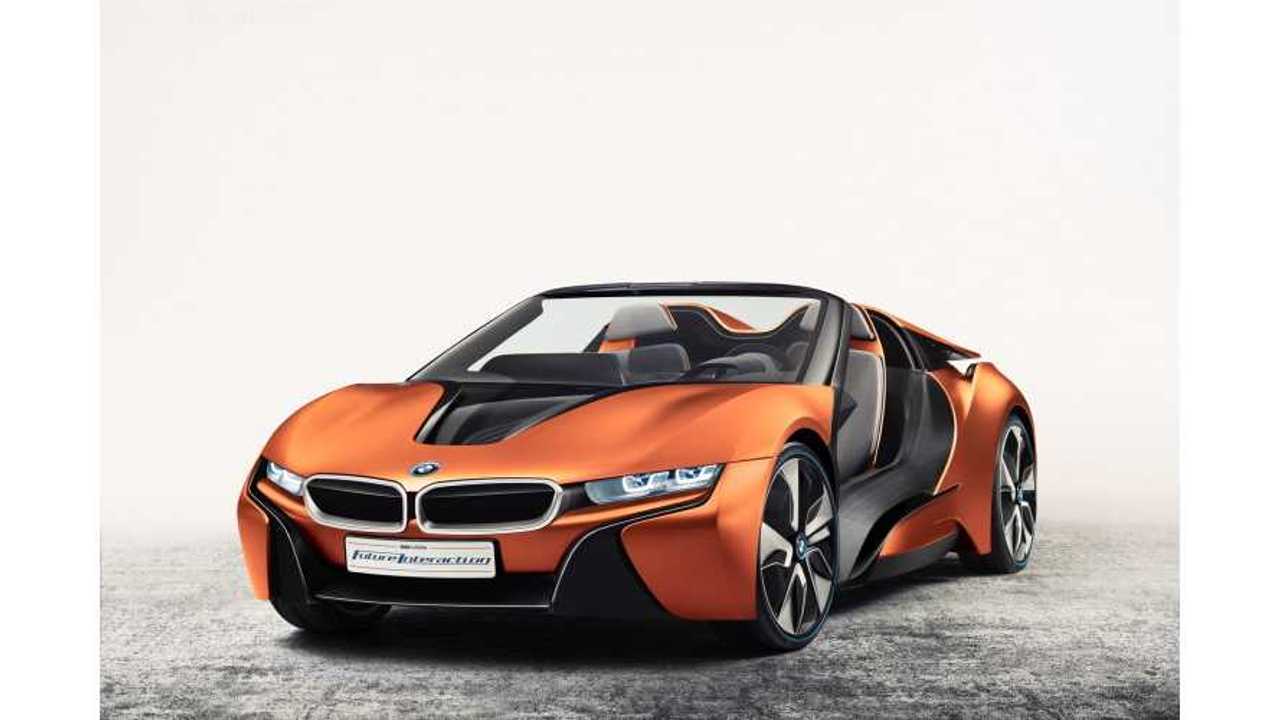 We had expected BMW to announce that the i8 Spyder/Convertible was headed for production at CES 2016, but instead of that announcement, BMW unveiled a whole slew of technological innovations.

Though cool, these innovations aren't nearly as exciting as the entry of a new plug-in on the market, so in that way, BMW's announcement was a rather big let down.

However, BMW did show a new concept i8 called the BMW i Vision Future Interaction Car, but again there's no mention of production intent. The car is simply to showcase the technologies and innovations presented by BMW.

Below is BMW's list of innovations.  It's a long list. You'll find some additional details on each of the innovations here at BMWBLOG.