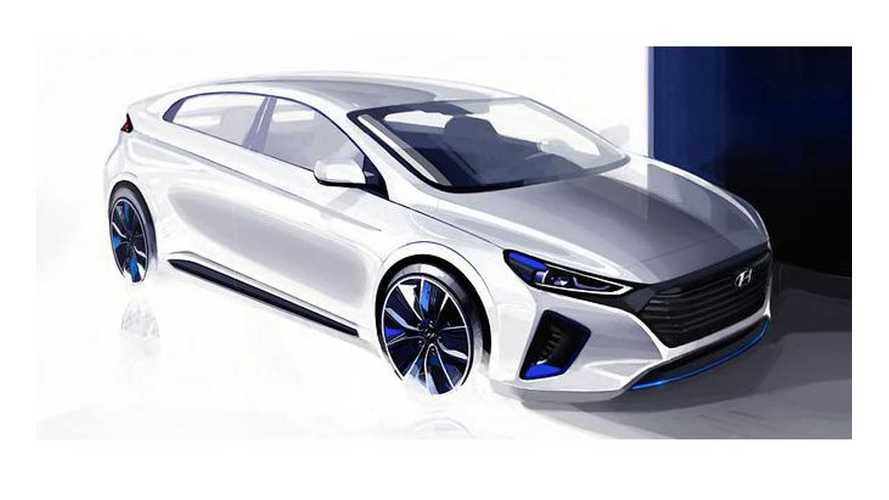 Hyundai has released a couple more images/sketches of its upcoming Ioniq, of which the company is apparently positioning to compete with the Toyota Prius, Chevy Volt and Nissan LEAF.

More will be revealed at the car's official debut in South Korea, and at it's first public appearance at the Geneva  Motor Show in March, but we know that Ioniq will come in three trim levels:

No, doubt Kia will shortly follow with a rebadged version of its own.

Some iteration of the Ioniq is expected to be in production this year, with all three available in 2017.

Video below:  Some live shots of the Ioniq out testing have already surfaced, but the interior sketch (above right) is our first look inside.