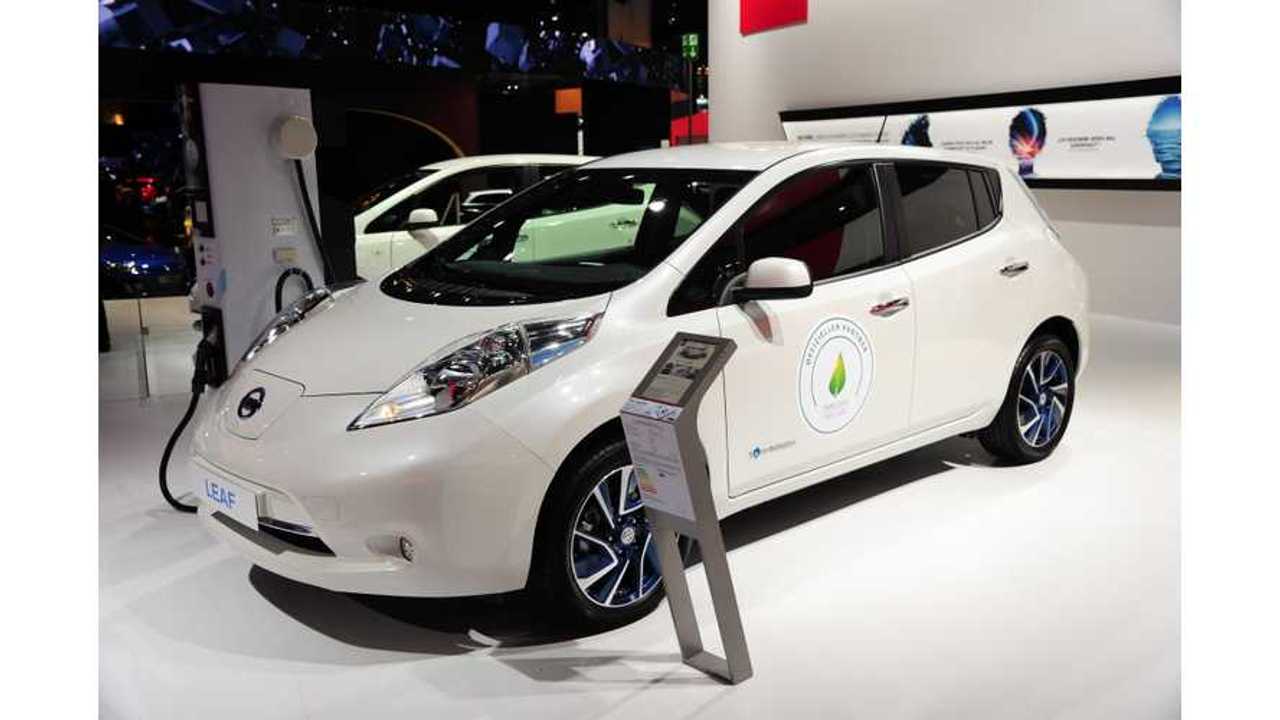 Nissan is presenting at the 2015 Frankfurt Motor Show its new 2016 LEAF with enlarged battery capacity of 30 kWh (full details).

Besides the LEAF, there is Nissan e-NV200 on display as well, which still awaits its 30 kWh version.

Because both models were use the same batteries and drivetrain, we hope that the 30 kWh e-NV200 is just around the corner.  This battery upgrade had been why we had suggested in the past that the all-electric van was not previously made available in the United States  - we expect to see a 30 kWh version of it made available in the US in the Fall of next year.

"Nissan's leadership and innovation in the EV market takes another significant step forward at Frankfurt with the announcement of a new battery for the LEAF that delivers a driving range of 155 miles - an increase of 25 percent. The new sector-first 30 kWh battery is at the heart of the new LEAF 30 kWh which too makes its global debut at Frankfurt. Thanks to revised internal chemistry and new electrode materials, the new battery transforms the Nissan LEAF driving and ownership experience and reinforces its position as the most capable, practical and affordable electric vehicle in the world.

In true Nissan style, the new LEAF 30kWh battery delivers its extra power with no compromises over the existing unit. Despite its additional capacity, it takes up no more room than the 24 kWh battery."