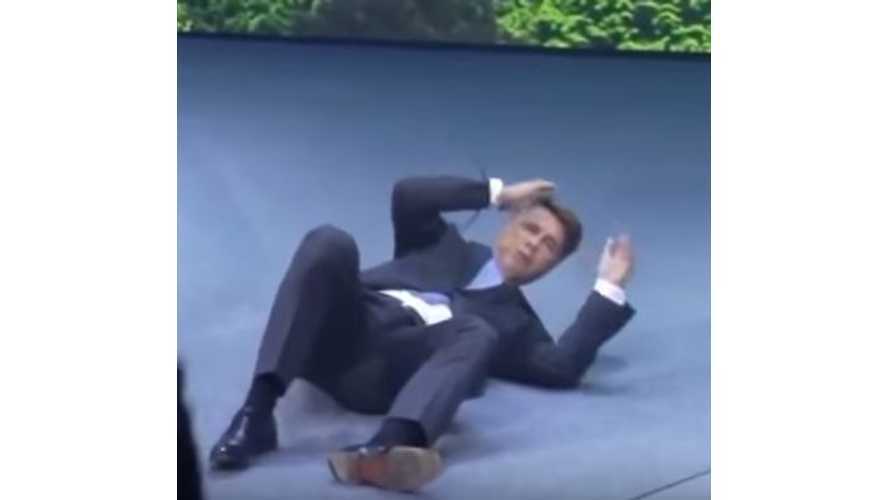 In a scary moment at the opening of BMW's press conference at the 2015 Frankfurt Motor Show, BMW CEO Harald Krueger fainted and fell to the floor just a few minutes into his presentation.

Fortunately, Krueger was able to walk off mostly on his own. BMW says that Krueger is now recovering, but adds that he will not appear again at the year's show.

“I’m a bit lost for words. BMW will try to redo the press conference at a later stage.”

The CEO, 49, was escorted offstage by two assistants following the incident Tuesday, which took place shortly after the briefing started. Krueger is being treated by a doctor after the “moment of dizziness,” BMW spokesman Maximilian Schoeberl said in a statement, adding that the CEO’s condition is stable and he’s recovering well.

Chief Financial Officer Friedrich Eichiner will fill in for Krueger at this year's Frankfurt show.

We wish Krueger a full and speedy recovery.