Report: Chevrolet Bolt Will Come To Europe, But No Right-Hand Drive 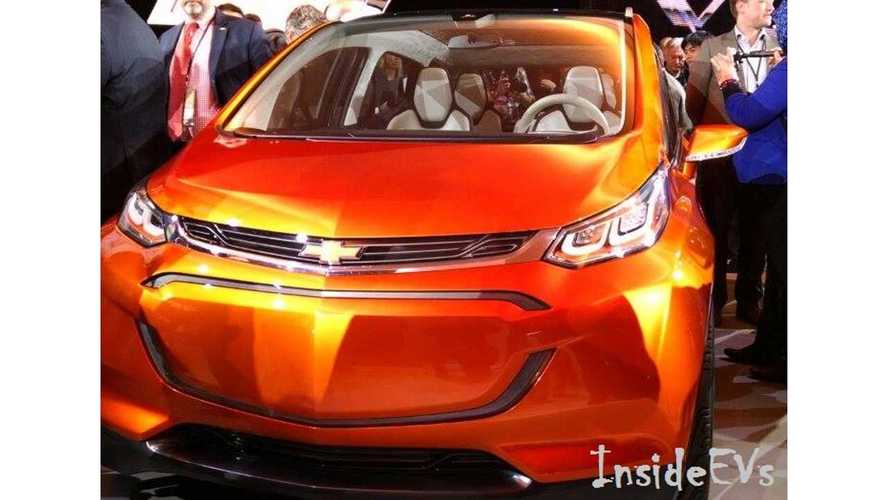 This Past Weekend At LA National Drive Electric Week Event

Once word began to spread that the 2nd generation of Chevrolet Volt would not arrive in Europe (as either a Chevy or Ampera), we were quick to learn that the company's plug-in plans had not died in Europe.

Soon it was announced that a city EV would arrive in Europe "no later than 2017".

Then, once the Chevrolet Bolt debuted (with 200 miles of range), word leaked that production of the EV should start at GM's Orion, Michigan facility in October of 2016, and that a companion "Opel" car was also reported to be built in-line.

The Chevrolet Bolt would be that Euro-EV that was promised earlier by 2017.

Now Autocar is re-confirming via General Motors "sources" that yes, the Bolt will arrive in Europe (quite obviously as an Opel product as the Chevrolet brand has left the building).  But that when it does, it will only come in left hand drive - no US RHD production will be undertaken.

In truth, this news is not terribly unexpected as we had already heard from "sources" that any Europe allocation for the Bolt would be limited for the foreseeable future.

And while GM has not put a target on a specific number of total Chevrolet Bolts they are looking to sell, a couple of suppliers for the EV have said GM is looking for enough supply components for its Michigan line to be able to build 25,000 to 30,000 per year.

With Europe getting a limited fraction of this amount, likely no more than 10%-15%, the R&D cost to produce a portion of those Euro-bound Bolts in RHD would make the exercise a money loser.

We expect to see the first Chevrolet Bolts delivered in the United States in early 2017, likely as a 2018 model.  Look for any European delivers in volume to start someday in the Fall of 2017.

Also from Frankfurt, the CEO stated that another new electric car - not based on the Bolt, would also debut in Europe before 2020 - no word on RHD availability.  Whether Ms. Barra meant an all-electric plug-in car, or an extended range EV remains to be see.   One assumes this new EV would also be made available in the United States.

Chevrolet Bolt EV - Will The Moonroof Make It To Production?