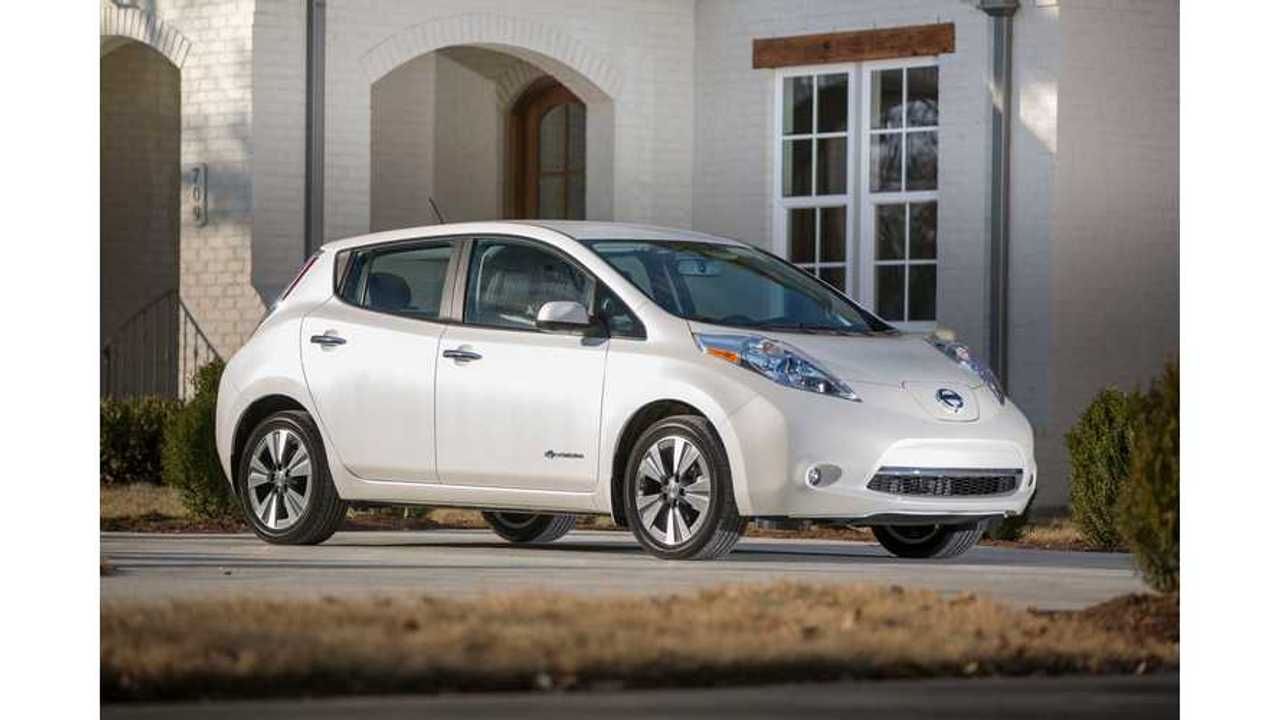 2015 Nissan LEAF. One of the vehicles that will be in this fleet.

Indianapolis' "Freedom Fleet" plans to have 425 Plug-in vehicles by the end of this year.

The fleet will mainly consist of Nissan LEAFs, Chevrolet Volts, Ford Fusion Energis, & who knows, maybe a few other types of plug-ins.

Either the new 2016 Chevrolet Volt will be in the fleet, or some remainder 2015s will. Or both…

“This is a landmark step in revitalizing our aging fleet and replacing expensive internal combustion engine vehicles with cutting-edge EV technology, all while reducing our dependence on oil and saving Indianapolis taxpayers thousands in fuel costs each year. America’s dependence on oil ties our national and economic security to a highly unpredictable, cartel-influenced global oil market. Diversifying the types of vehicles and fuels available to our drivers offers our city protection from often-volatile oil prices and better prepares us for the future.”

Michael Brylawski, Vision Fleet CEO, who will be joining in on this by creating a finance structure, consisting of purchases, maintenance & insurance, etc., adds:

“This project will have enormous impacts on fuel consumption and fleet service costs. The first 14 plug-in hybrids deployed in Indianapolis’ Freedom Fleet have each saved an average of 53 gallons of gasoline per month. Each of the 425 EVs deployed by the beginning of 2016 will save at least 550-600 gallons of gas annually. Over the next 10 years, we expect Indianapolis will avoid 2.2 million gallons of expensive gasoline. Fuel costs for the new EVs will be about one-third of the old gas vehicles costs as a result.”

A retired Marine Corps General, James T. Conway added in his comments at the launch event:

“The United States spends up to $83 billion annually on safeguarding global oil supply, putting American lives at risk and limiting our ability to conduct effective foreign policy. I commend Indianapolis and Mayor Ballard for their forward-looking leadership that will save taxpayers money, reduce the city’s dependence on oil, and contribute to the overall improvement of our nation’s energy security.”

This makes the Freedom Fleet the largest metropolitan plug-in fleet throughout the entire nation.