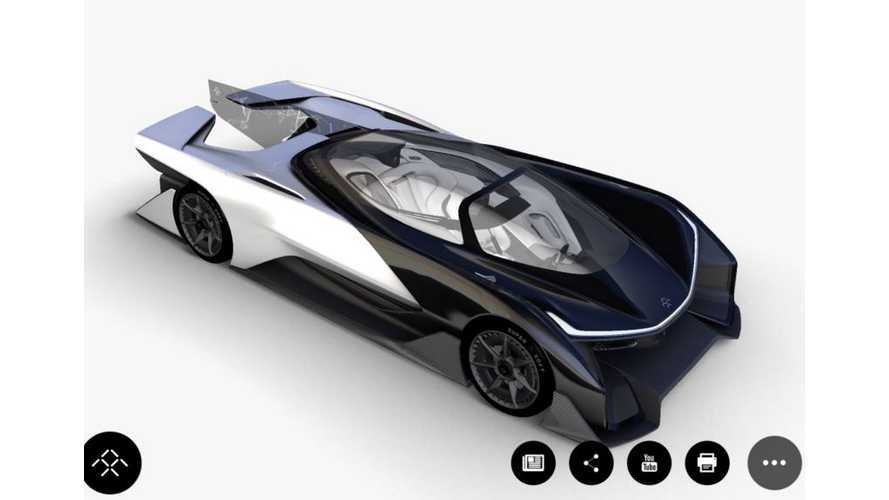 Via an iOs app that may possibly have been released just a tad too early, we see images and info on what could potentially be the concept electric car that Faraday Future will fully reveal tonight at CES 2016.

Note the visual similarities between the official Faraday teaser image seen below and the leaked image above.

We can't say for certain if this is the concept we'll see live tonight at CES 2016, but it sure does have a striking resemblance to the official image directly from Faraday below.

Editor's Note: Faraday Future has said in the past it is working on more than one type of electric vehicle, and one could be out in 2017 - this may not be 'that' car.