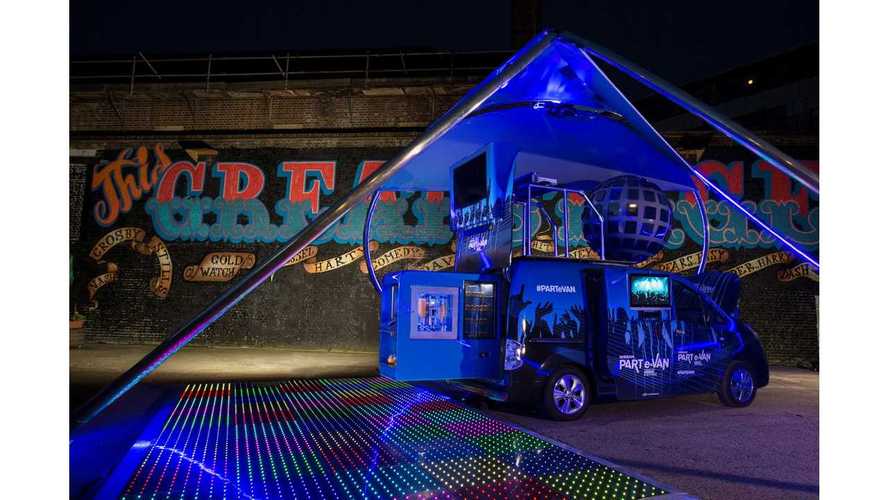 Ahead of the UEFA Champions League Final, Nissan unveiled a special version of the all-electric e-NV200.

The customized e-NV200 becomes the ultimate party maker powered by battery. There is everything one would expect in a party machine - like a sound system, cocktail maker, fridge for drinks and even an LED dance floor

"The vehicle - called the PART e-VAN and powered by the 100% electric e-NV200 - will charge into Berlin for its inaugural reveal tomorrow night ahead of Saturday's UEFA Champions League Final, before exciting fans outside The Olympiastadion prior to kick-off.

Some of the unique van's standout attributes include a dazzling disco ball solar panel array on the roof which absorbs daylight to power some of this one-off vehicle's features, an augmented reality system where users will be able to jump into their own party scene before sharing it with friends on social media and a custom-made sound system capable of throwing the best silent disco party."

After its presentation in Berlin,  PART e-VAN will go on a European road show including a second stop at 24 Hours of Le Mans.