Chevy Bolt 200 Mile EV: What to Look for in the Upcoming Reveal 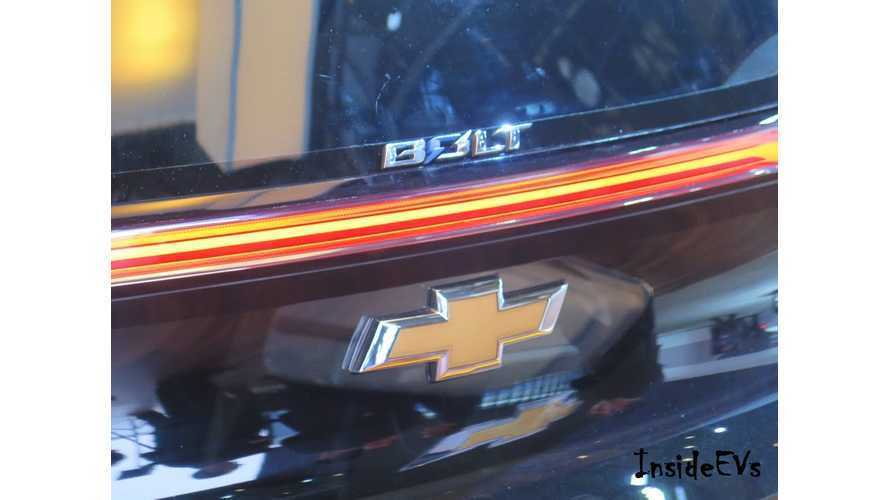 GM CEO Will Give The Keynote Speech For CES This Year, With The Bolt EV Front And Center Again

We are days away from the production Bolt reveal at the Consumer Electronics Show Jan 6th. Inside EVs will have a representative at the show, and while all specs might not be revealed, we should at least be able to answer the first question: Will the interior room in the production Bolt live up to the concept?

The new Chevy Bolt with 200 mile range will be the first EV offered in this range class. Gen 1 EV’s like the Nissan Leaf and the BMW i3 and the Chevy Spark all had less than 100 mile range.

With a 200 mile range one ends up with a usable vehicle. Not Tesla Model S range, but close, and for a promised price of slightly less than $30,000 USD after tax incentive; which is one third the price of the Model S. GM will also beat the Tesla Model 3 to market with this vehicle, as the Model 3 is still years in the future.

How much interior room will it have?

Not a sub compact like the Chevy Spark EV, the Bolt is a compact none the less, with the same wheel base size as the Chevy Sonic and the BMW i3. The wheel base is shorter than the Nissan Leaf which is classed as a mid-size.

Comparison of wheelbases of the Chevy Sonic, BMW i3 and the Nissan Leaf

The Bolt concept that was shown one year ago had exemplary interior room for a compact.

Interior room is maximized by placing the battery pack in the floor just like Tesla and the BMW i3. Also in the concept, the body shape is somewhat ballooned out like the i3 to maximize room inside the cabin-very important in such a small wheel base vehicle.

Will it be as roomy as the concept?

What 0-60 acceleration time will it have?

The BMW i3 and Chevy Spark are fun to drive, zippy little cars. Both the Spark EV and the BMW sport 0-60 times in the low 7 second range. Based on the Chevy Spark EV, it is a safe bet that the Bolt will be a spirited ride also, with acceleration times equivalent to or slightly higher than the Spark EV's mid 7 second range.

How fast will it charge?

If one needed to pick up a few extra miles in a pinch, a 15 minute stop would net 53 miles of range-pretty decent. That implies charging powers higher than the typical Chademo DC charger of 50-60 kw. More like 80 kw, which is easily achievable on the vehicle side, the problem will be to find an SAE combination charger that will put out 80 kw, as most USA DC fast chargers are closer to 50 kw, and that most also have Chademo plugs and not SAE combination plugs.

Expect the Bolt to accept DC charging powers of around 80-90 kw.

GM received a lot of criticism for limiting the Gen 2 Volt to 3.3 kw charging on the AC side. The Nissan Leaf as a comparison has a 6.6 kw AC onboard charger.

While level 2 AC charging (per the spec) will allow powers as high as 19.2 kw, we expect GM to offer only 6.6 kw. Why? Cost is the answer. GM’s $37,000 price target is a challenge, and bigger on board chargers cost more.

What gearbox configuration will it have?

The Chevy Spark EV has a very unique and compact gear reduction set called a co-axial gearbox. Like most EV’s it is a single speed reduction set. However the Spark uses a planetary reduction set breaking tradition with most other manufacturers. The co axial gearbox set up results in a very compact power system.

We are inclined to think that GM will stick with the Spark co axial gear box configuration.

What cabin heating scheme will the Bolt have?

Tesla uses a very practical approach to cabin heating not used by any other manufacturer. Their system uses the waste heat from the electronics and the drive motor to supplement battery power reducing the hit on EV range for cabin heating.

Will the Bolt have purely resistive heating, a heat pump, or perhaps some version of Tesla’s approach?

Will the Bolt’s battery cooling use liquid cooling or will it use refrigerant directly in the pack?

We think there is a very good chance that the Chevy Bolt will adopt DX. Why? Because LG Chem also makes refrigeration systems, LG Chem has a patent on just such a system and LG makes the battery pack and many other components in the Bolt.

GM has confirmed production in 2016. Sounds like next year’s Christmas present may be a new Chevy Bolt!