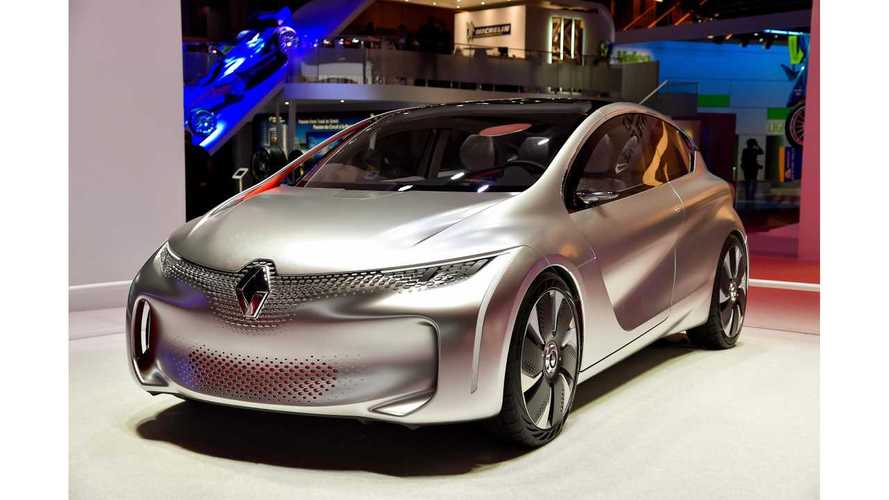 Renault from the beginning a few years ago was very confident and focused on all-electric cars.

Then, at the 2014 Paris Motor Show, the French brand unveiled a plug-in hybrid concept - EOLAB, and announced its intention to bring it on the market some day; or at least use some innovative solutions from it in other models.

"The concept car is equipped with a 1.0-liter 3-cylinder 57kW (75hp) engine and 50 kW “a permanent magnet electric motor (axial flux discoid motor in the case of the prototype)”.

Renault’s chief competitive officer, Thierry Bollore even said at the time that a production version could cost less than Clio:

But current articles about plug-in hybrids from Renault are indicating something different - costs are too high and the market is too small for Renault.

"Renault is ready to launch its first plug-in hybrid, but not everybody is prepared to pay the additional cost and hybrids still represent less than 1 percent of the market, the automaker’s chief performance officer, Jerome Stoll, said."

"Renault will bring to market a production version of the Eolab “as soon as the market is ready,” Stoll said during the company’s annual shareholder meeting on April 30."

There are forecasts predicting that PHEVs will match conventional hybrids by 2019 and in 2025 hit 1.2 million units sold annually.

But the technology combining engine with electric motors and lithium-ion batteries is - according to the article - more suitable for premium vehicles, but Renault doesn't aspire to be in the premium segment.

Renault’s wait-and-see strategy for plug-in hybrids will likely pay off, he said. “Plug-in hybrids might be expensive at the moment, but they will eventually come down in price and become affordable in the mainstream sector.”

Jamel Taganza, an analyst for Inovev, said Renault has no interest in positioning itself in the high-end plug-in market and plug-ins sold by its rivals such as Volkswagen are too expensive for mass-market customers."