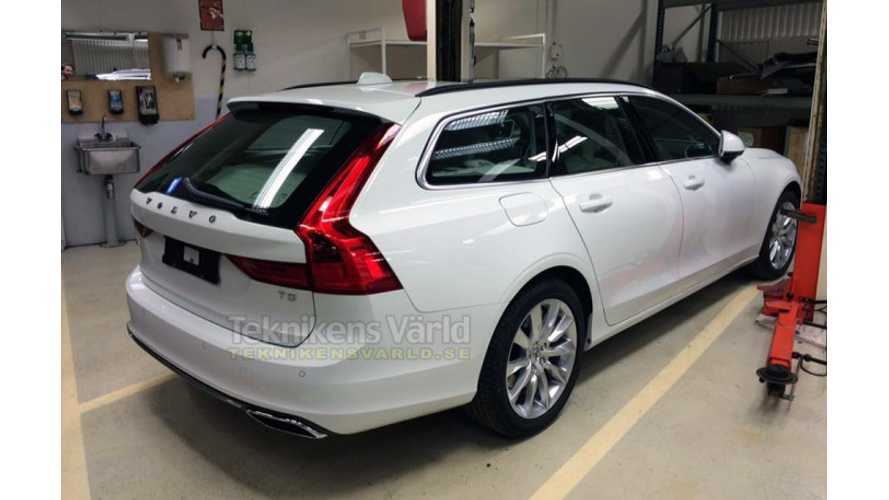 About one month after Volvo presented images and videos of the all-new Volvo S90, which will be available in plug-in hybrid version as the S90 T8 Twin Engine, TeknikensVarld.se spied the new V90 wagon.

Volvo V90 T8 Twin Engine is expected to debut at the 2016 Geneva Motor Show in March and go on sale in the second half of the year.

While the front and most of the V90 estate is similar to S90 saloon, the rear is redesigned.

T8 Twin Engine is using the same plug-in hybrid drive (laddhybriddrivlina in Swedish) as the S90 and XC90.

Photos of S90 for comparison: