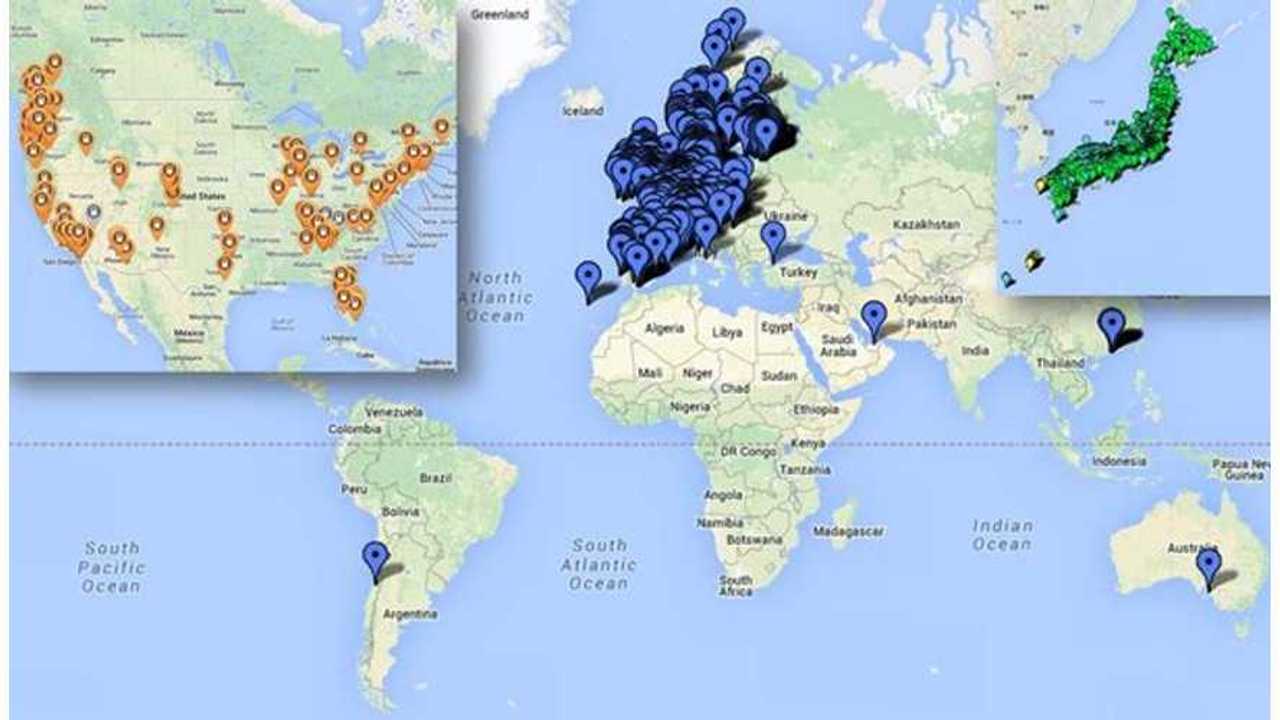 "The number of CHAdeMO DC Quick chargers installed up to today is 8549.

But the real hot news is that Japan surged to 5,418 adding in the past year more CHAdeMO chargers than the US and Europe combined and cumulative since 2010.

Total number worldwide stands now at shocking 8,549, but nearly two-thirds of all CHAdeMO are in Japan.

The difference was 591 stations, which means that the average pace of new installations is the same in both markets, although Europe began sharply in 2011/2012, gaining its 600 advantage.

* Part of CHAdeMO chargers in Europe/US are multi-standard with DC Combo plugs.