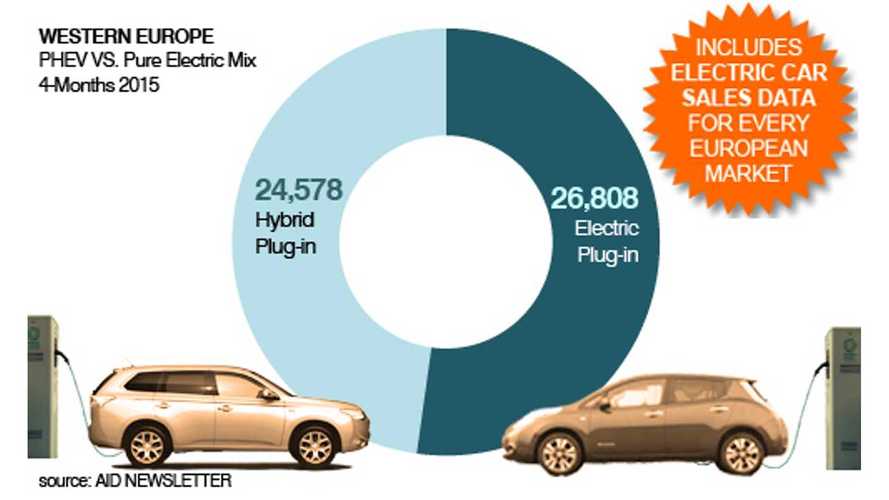 After the first four months of this year, there were 24,578 PHEVs registrations and 26,808 EVs in Europe.

Strong push for plug-in hybrids is mostly the doing of Mitsubishi Outlander PHEV.

"AIDs exclusively compiled data reveals that in terms of sales the auto-industrys newest breed of ultra-low CO2 emitting PHEVs (Plug-in-Hybrid-Electric-Vehicles) are catching up fast with their pure battery-powered electric car cousins like Nissans still sector-leading LEAF. AIDs forecasters now believe that in Europe PHEVs will keep their edge over todays pure electric cars, and before long - given some meaningful purchase and ownership incentives - they will dominate Europes still tiny market for ultra-low emission cars for some time to come

Kicked off in a near solo-move in the Netherlands during October 2013, followed nearly a year later by its no less spectacular showroom debut in the UK, almost overnight Mitsubishis Outlander PHEV has spawned - if not pioneered - an almost entirely new sub-sector."