LAPD's Fleet Also Includes BMW i8, As Well As The i3 & Tesla Model S 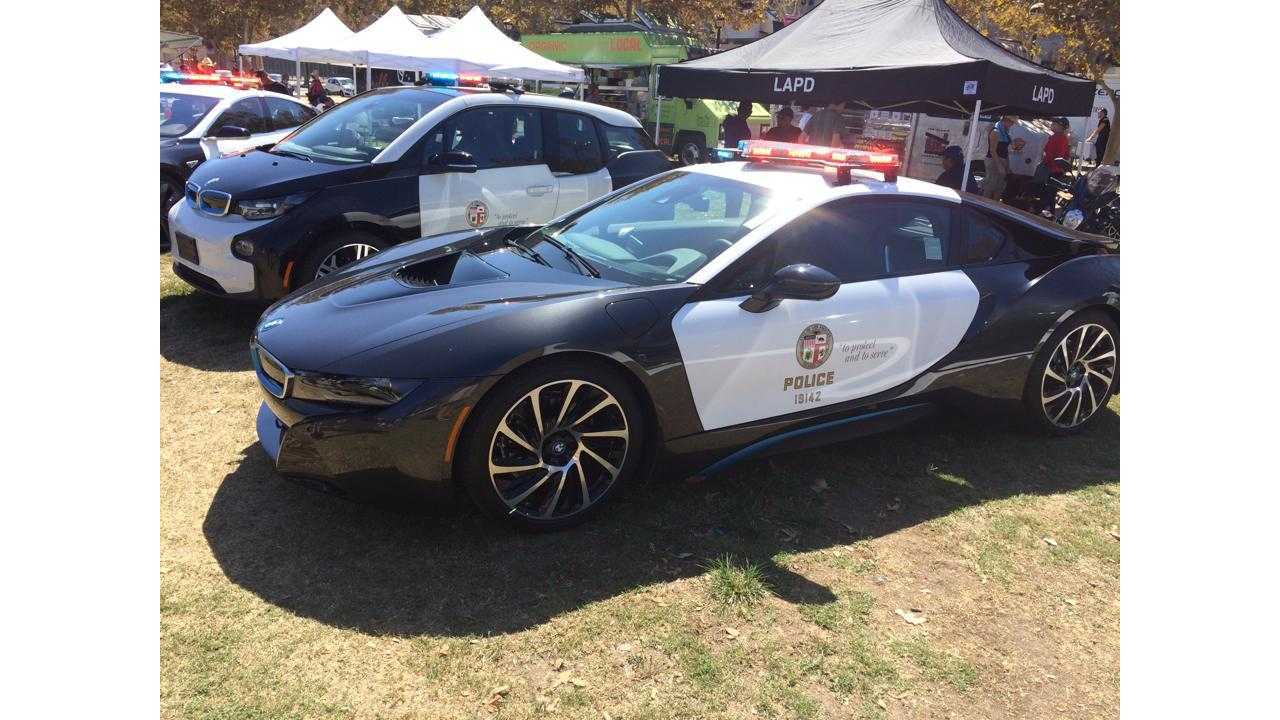 Among the 288 plug-in electric vehicles that are being added to the Los Angeles municipal fleet - the largest city fleet in the US (full details) was the BMW i3 and Tesla Model S P85D.

It turns out we missed one - the BMW i8.

"LAPD not only has an i3, but there's an i8 here at the LA NDEW event. AND an LAPD Tesla!"

We'd like to see the LAPD try to shove some criminals in the back of the i8.  All three of this week's "special edition" LAPD cars have been loaned to LA by their manufacturers.

It's a bit difficult to see the Tesla in the background, so here's another image of it from the day the electric fleet announcement was made:

There were other plug-in cars on display at the Los Angeles NDEW event, including the Chevrolet Bolt concept, 2016 Volt and 2016 Nissan LEAF making its global debut.