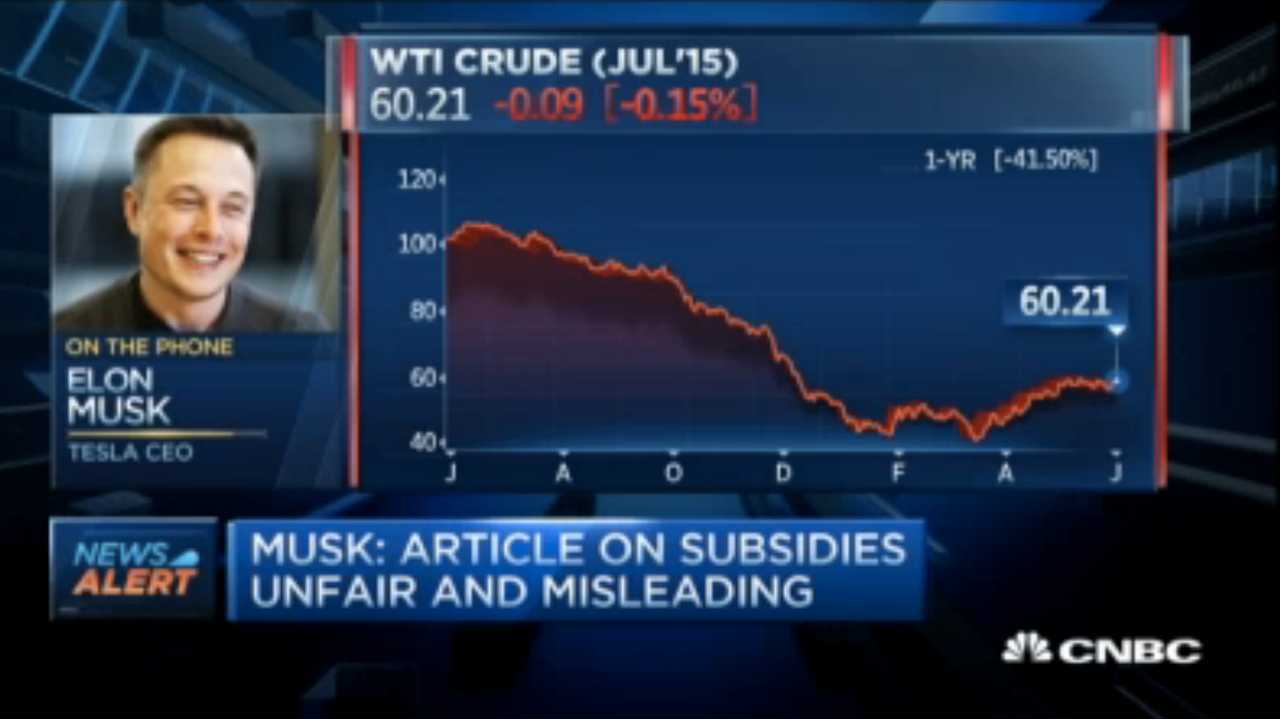 With the headline "Elon Musk's growing empire is fueled by $4.9 billion in government subsidies", the LA Times sparked a heated on-line, eh, discussion over Musk's backing.  The story starts:

And he's built those companies with the help of billions in government subsidies.

Musk and his companies' investors enjoy most of the financial upside of the government support, while taxpayers shoulder the cost.

...and claiming the subsidies interfere with the viability and corporate self-sufficiency of Tesla, Solar City and generally any other company like Musk's that receives them.

In an interview with CNBC, Musk states (fairly passionately, mind you) the subsidies are helpful, but not necessary.  The story goes on to say:

Musk said that the only incentives he bargained for directly were state-level incentives. These include a small launch site in Texas for SpaceX and a Tesla gigafactory in Nevada. He explained that such incentive packages have existed long before his companies received some of them.

...and Musk makes a final point:

"The incentives that Tesla and SolarCity receive are a tiny, tiny, pittance compared to what the oil and gas industry receives every year," he said.

Brian Thevenot, Deputy Business Editor at the Times is unrepentant:

"I'm actually surprised that he had such a sensitive reaction to this story because, really at its core, it's basically a business strategy story that's merely factual," he said in an interview on CNBC's "Closing Bell."

"It paints a picture that I think Elon Musk would agree with, that his business strategy is to incubate high-risk, high-tech companies that promote green technology with the help of billions of dollars of government money," he said.

Thevenot added that the point of the story was to report on the strategy and "let the public debate whether it is wrong or right."