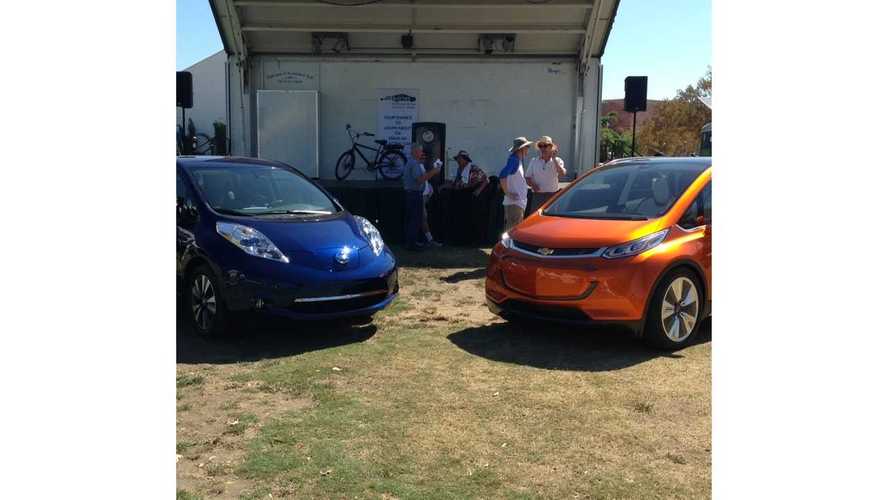 Just this week, the company announced that the upgraded 2016 model year would feature a 30 kWh battery, making the LEAF the first "affordable" electric vehicle with more than 100 miles of range.

“We are thrilled that Nissan has chosen our event for the global debut of the 2016 Nissan LEAF,” said Joel Levin, executive director of Plug In America. “This is the first affordable electric vehicle with an EPA-rated electric range of over 100 miles.”

Nissan currently has one 2016 LEAF on display at the event, while another is out providing test drives.

In total over 800 test drives were given, with Mr. Levin adding live from the event podium:

"Electric cars are changing the world. Every time one of these vehicles gets sold, our air gets a little cleaner. We will take a big bite out of climate change. Our economy will not be subject to wild swings in gas prices. And we will not be involved in foreign wars over oil."

Also at the event right beside it, Chevrolet's Bolt Concept car, which is headed to production late in 2016 (we expect deliveries in Q1 2017) and will feature 200 miles of range with a price tag around $37,500.

We will have more photos/footage from the event coming soon.

Our thanks to Zan Dubin Scott for the photos!