UPDATE: Tesla Model S Catches Fire, Burns To Nothing While Supercharging In Norway 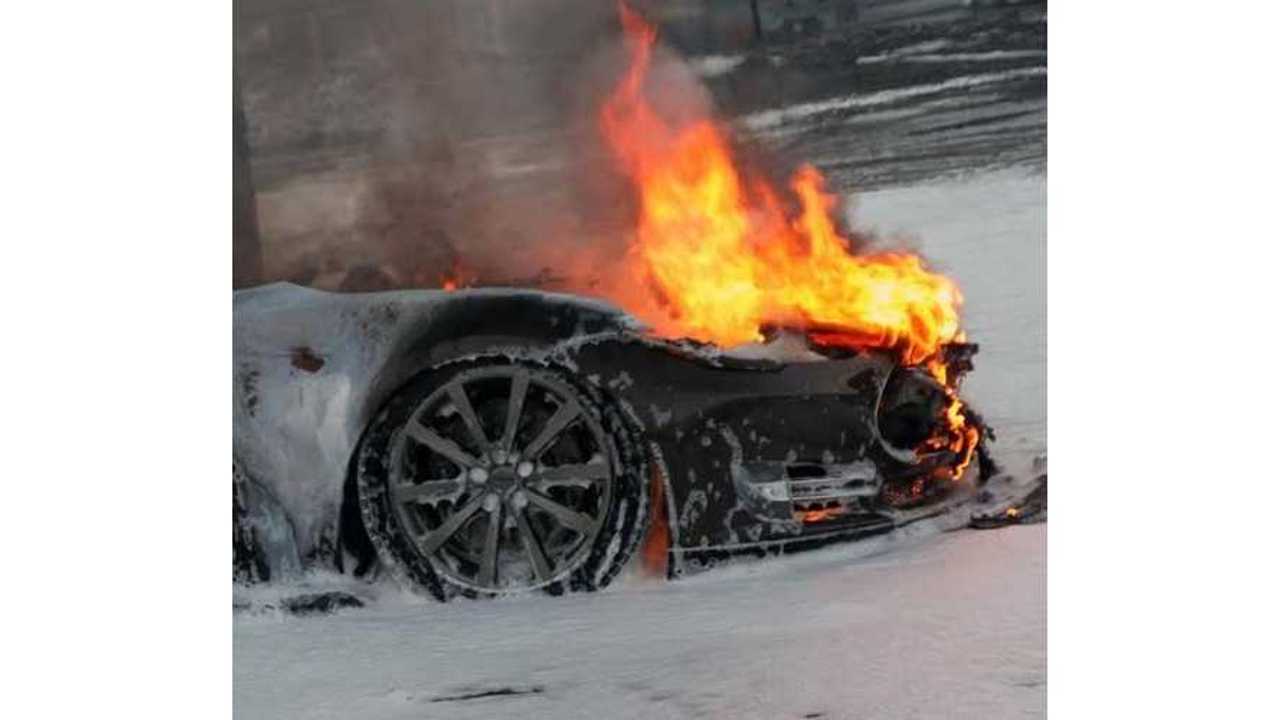 For probably the first time, we have an unfortunate report of a Tesla Model S burning down while being charged at a Supercharger station in Norway today.

The investigation of the fire at the Brokelandshiea station in Gjerstand is ongoing now, but early reports have confirmed that there was no injuries in relation to the blaze.

*UPDATE: Video of the Tesla Model S burning embedded below

According to Jon Kvitne speaking on behalf of the Agder police, the Model S owner had left his car and engaged the charge, and the fire was noticed at some point later.

The Fire Department chose to let the blaze run its course.

Tesla has made an early statement on the incident (via Jalopnik)

"Nobody was harmed. We are undergoing a full investigation and will share our findings as soon as possible."

Again, we would like to stress ourselves that no specific cause of the fire has yet been determined.