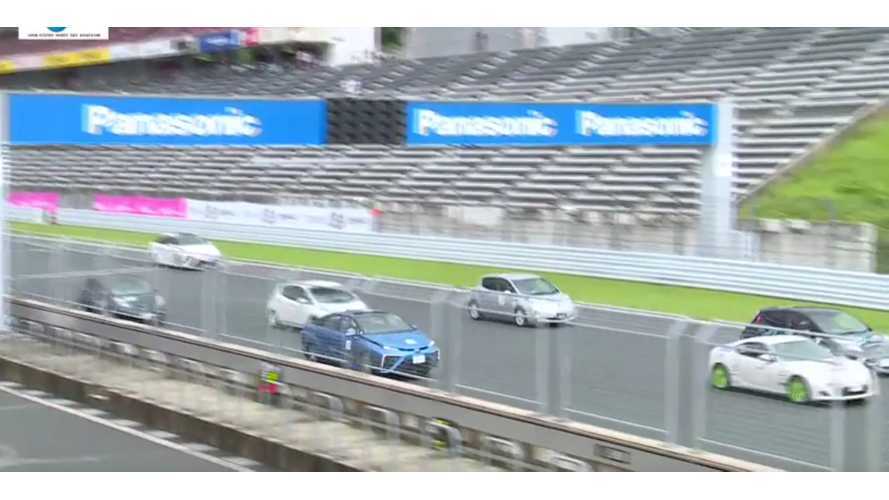 The Toyota Mirai is a rare sight, especially in racing, but in August, the Japanese company sent a Mirai out for a spin in the 2015 Japan EV-GP Series.

The Mirai took second place in its debut event with a big advanatge over LEAFs, although the  second Mirai placed 7th (when buying Mirai, choose the blue one - as obviously that color makes the car go faster).

The Toyota Mirai has two advantages over LEAF - much more energy and more power on board, 113 kW from the motor, powered from 114 kW fuel cell stack, while the LEAF is 80 kW and 24 kWh battery.