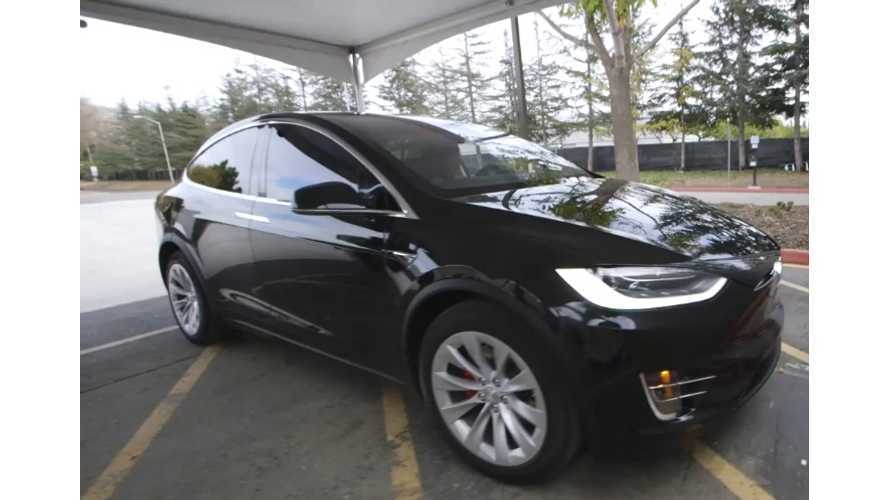 In The "Luxury" Class For SUVs, The Tesla Model X Is A Virtual Steal

As the calendar flips to 2016, the lists of "which cars won 2015" are now out in full force from all the major publications.  However, Bloomberg has put its own spin on the year end, offering a "Best Luxury Cars To Buy" in 2016 list.

Perhaps not surprisingly, a couple of Teslas made the roll call.

Despite only a short window of availability so far, the Tesla Model X (from ~$80,000) placed in a first place tie with the Bentley Bentayga (from $229,100) for best SUV to purchase.

In the luxury SUV game, the Tesla probably could have also won the "best value" award (if it existed), as the X is very competitively priced relative to its peers.

"When it finally comes out in 2016, the Model X will have 250 miles of range and massive horsepower. Company founder Elon Musk has said it’ll hit 60 mph in 3.8 seconds (even faster with Ludicrous mode) and will have a top speed of 155 mph. If true, that sprint time will beat the plush Bentayga. And if it is as good as the exceptional Model S sedan(and if you’ve got a place to charge it), this will be the SUV to buy when you want something big—and earth-friendly. There’s currently nothing on the market like it. Consider it money well spent. "

"The P90D hits 1.1 Gs at max acceleration. It goes zero to 60 mph in a blistering 2.8 seconds (this, sirs, will keep it apace with a Lamborghini Huracan and a McLaren 650S). The car runs for 300 miles on electricity and requires almost zero maintenance. Plus, it’s as spacious and well-made on the inside as a Mercedes town car, with that massive touch-screen control panel at front that is surprisingly easy—and fun—to use. Even better, it’s made in California and uses no fossil fuel. There is nothing like it. Enough said. "

Also of interest: The best 'practical' coupe went to the Aston Martin DB9 GT, while the 'sleeper hit' for 2016 was the new Chevy Camaro

Check out the full list and recap at Bloomberg Business, hat tip to ffbj!