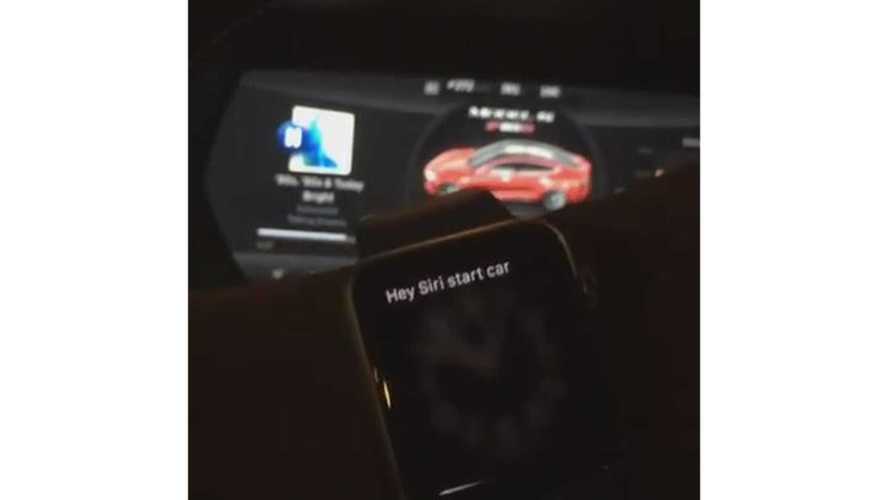 For the first time ever, a car is controlled through Apple Watch via voice commands issued to Siri. The car is the Tesla Model S and the app, developed by Rego Apps, even allows for a voice command to start the car.

One words comes to mind here...WOW!

For the first time, a car has successfully been controlled using voice commands through an Apple Watch. Last month I brought you the video of me controlling my Tesla using my Apple Watch app called Remote S. A few days ago, while adding more features and upgrades to the app, I thought up of a way to use Siri to help issue commands to my Tesla. Now I'm just waiting for Tesla to implement the "summon car" feature, so I can code the app that allows you to speak into your Apple Watch to make your Tesla drive up to you.

As you can see, I'm not using some jailbroken device to achieve this. I'm out at the JFK airport parking lot, so it's not using some hacked wifi router either.

I realize now that it sounds weird to say "Start Car" instead of "Start the car". I'll change it to that phrase when I publish the app. I'm currently training my app so that it can understand multiple phrases. So you can say, "KITT, start the car" or "Start my Tesla" or "Horn the horn at those morons", and the app will still understand what you want it to do.