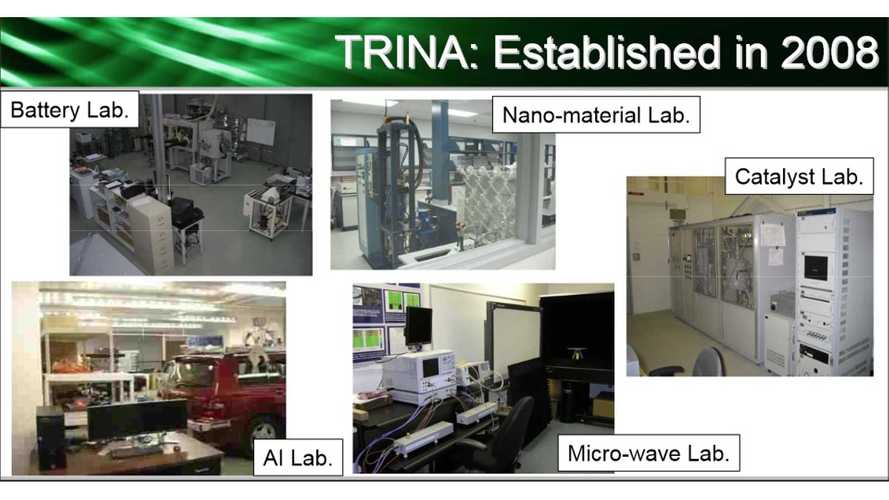 Toyota is one of those carmakers who is trying to develop its own batteries of the future (besides hydrogen fuel cells).

In the case of Toyota, the automaker is working on magnesium (Mg) batteries, which in theory could be much better than lithium-ion.

Toyota Research Institute of North America (TRINA) recently announced a critical advancement in the the development of electrolytes for Mg batteries.

According to the article, researchers at TRINA developed the first highly stable electrolyte and now can move forward with works on anode, cathode and ultimately full cells.

"The researchers, led by Dr. Rana Mohtadi, Principal Scientist at TRINA, developed an electrolyte based on a simple-type magnesium monocarborane salt (MMC) that is compatible with Mg metal (> 99 % coulombic efficiency); possesses high anodic stability (3.8 V vs. Mg); and is non-corrosive. By contrast, state-of-the-art Mg electrolyte systems are complex, halogen-based, and corrosive.

The properties of the new electrolyte, coupled with its “inert and benign character”, make MMC-based electrolytes well-suited for future Mg batteries, the scientists said. The development of this non-corrosive electrolyte enabled the first demonstration of a high voltage coin cell battery, previously prohibited using all known systems. “This achievement is a turning point in the research and development of Mg electrolytes that has deep implications on realizing practical rechargeable Mg batteries,” the scientists wrote."

Sadly, work on Mg batteries are still at least several years away from commercialization. Everybody who counts on revolution from some new chemistry must be patient.