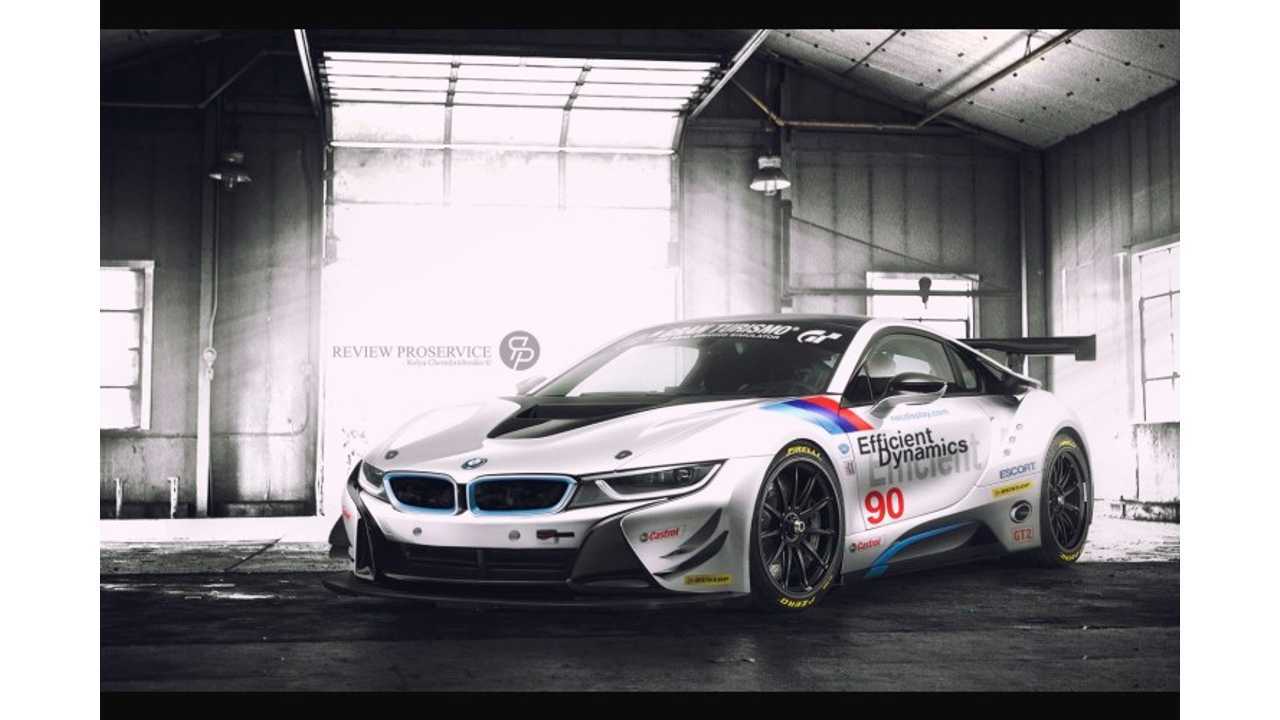 Two renderers present their vision of what a BMW i8 would look like in race-ready GT3 form.

"...what if BMW would built a racing car based on the i8 hybrid sportscar? What would it look like? Two rendering artists put together some computer generated images highlighting the visual changes needed to transform the i8 into the i8 GT3."

It's unlikely that BMW will ever prep an i8 for GT3 racing, but at least we now know what such a machine would like it.