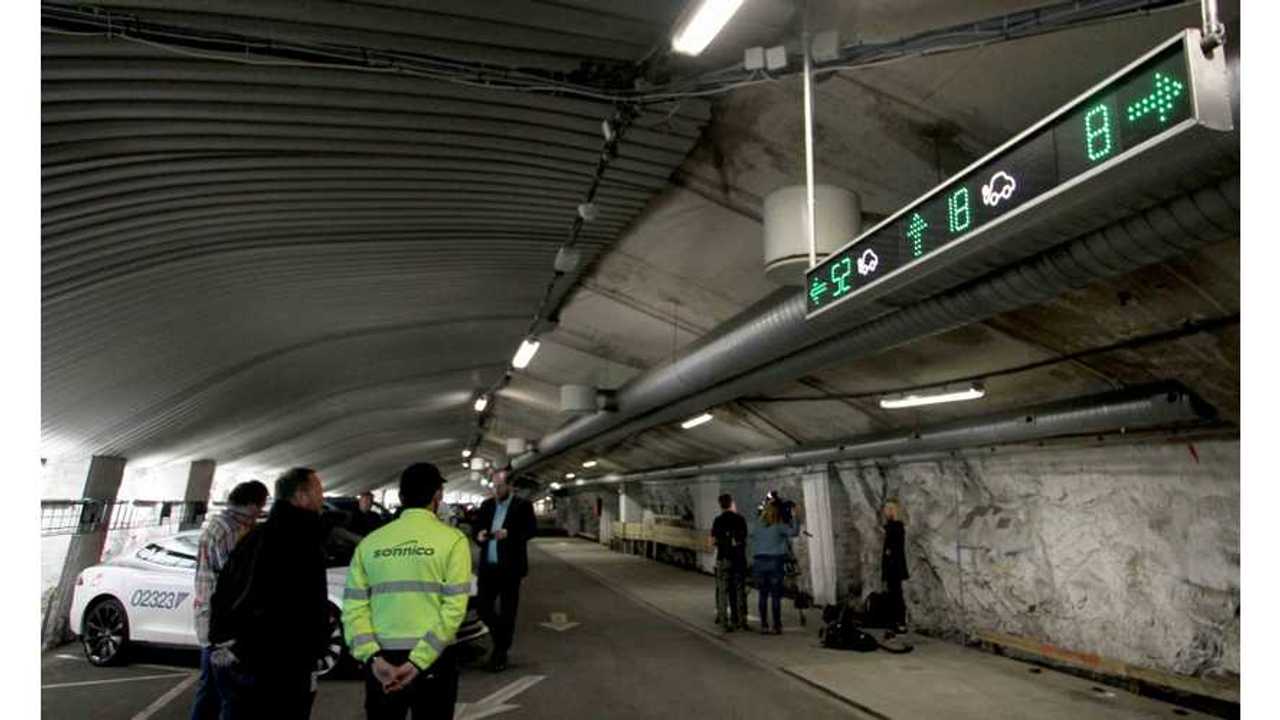 The Akershus Fortress (or Castle to some) was built somewhere around 1290 to protect Oslo from would be assailants after an attack occurred on the Norwegian capital in 1287.

But who cares about all that...as underneath it, in some catacombs, is a 21st century parking area that has been converted into an EV-only charging garage, housing 86 Type 2 charging point.

Elbil.no reports further on the extraordinary facility and what Environmental and Transport councilor of Oslo, Guri Melby had to say on its debut.

"We removed regular cars, and reduced the number of parking spaces. Only chargeable vehicles are allowed. This is a move to reduce car traffic in the capital and at the same time make sure as many cars as possible are electric vehicles (EV)....We´re going to have cars in Oslo in the foreseeable future. Then it´s important they are emission free. That´s why we support EVs."

Fisnik Dauti from the Sønnico AS electrical company, which installed the charging equipment, took Elbil.no on a tour and explained the system quite thoroughly.

"We have a main switch for a total power of 600 A to the 86 charging points. The garage has been split into nine different sectors, each with 80 A. This means 33 kW for each sector. When this is divided by ten EVs, you get between 2,7 and 3,3 kW (12-16A) for each charging spot. That´s a suitable amount of power for charging during the day, says Dauti, adding that the supply voltage is 230V (IT)."

Access to the garage is done though a single tunnel, only wide enough for one driving direction, so traffic lights are needed to control the ins and outs of EV drivers.  Actual admittance authorization is proved via an app - which can also tell you how many spaces are available to be used.

Better still, charging access is only 47.000 NOK (~$5.75USD), cheaper than above ground - and you get the bonus of CCTV surveillance.