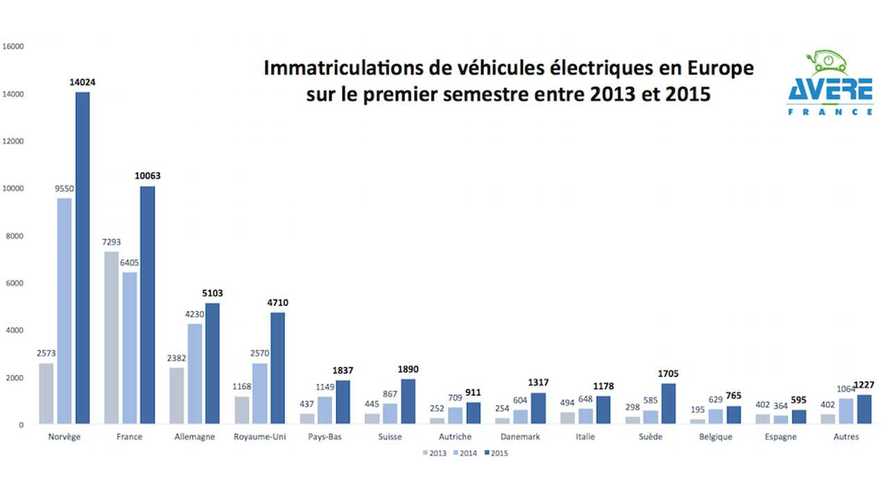 Roughly 110,000 all-electric cars were sold in the first six months of this year worldwide, according to L’Avere-France.

Sales for Europe were detailed by country (Top 10) in the above graph with Norway taking (as always) the first spot with 14,000. France secured second place exceeding 10,000 and in third is Germany ahead of the UK, Netherlands and Switzerland.

Every market in Europe is rising in terms of BEV sales.

There is also a separate rank for brands - in European Union and US: Nissan and Renault rule in Europe, where VW overtakes Tesla. On the other hand, in the US, Tesla leads Nissan, and is far ahead of BMW and others.