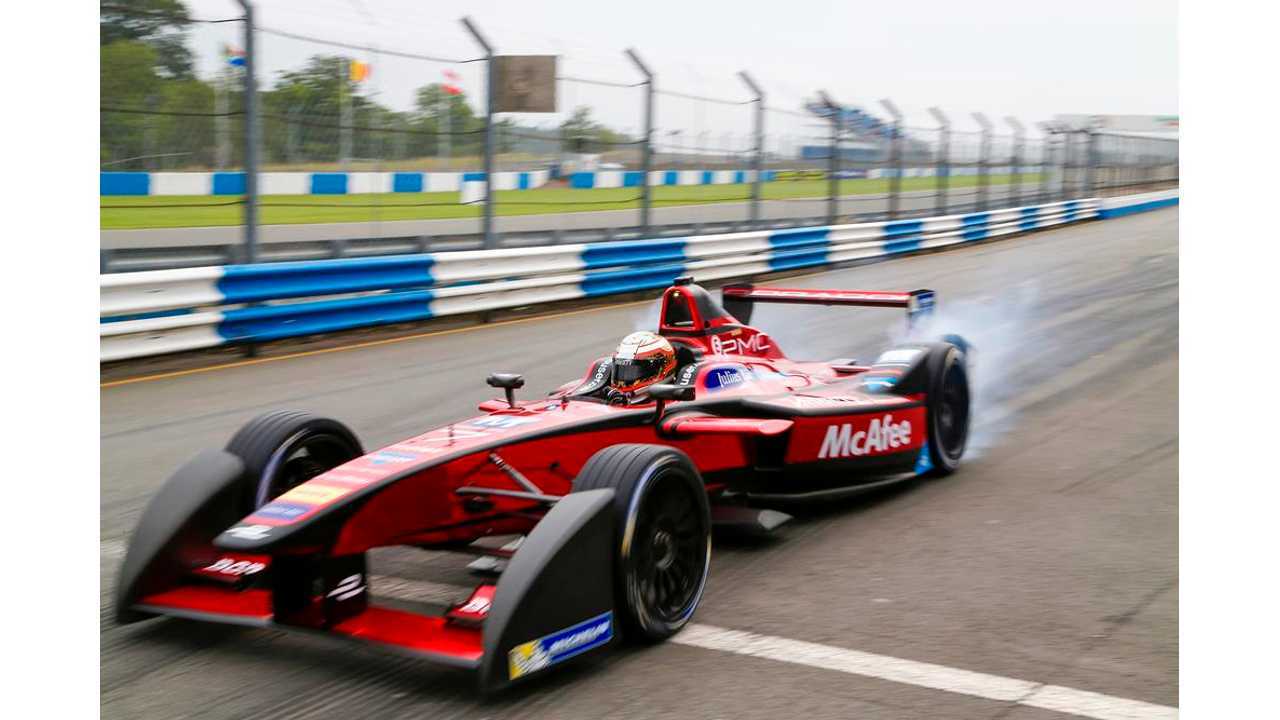 The FIA Formula E Championship made changes to power output of racers in season two.

Up to 170 kW of power (from the battery pack) will be available during races (instead of 150 kW in season one), while up to 200 kW during practice and qualifying sessions (no change).

Initially, power level during races was planed at just 133 kW for the first season, but FIA Formula E Championship set 150 kW before the start of the season.

That should translate to a little quicker races, but 170 kW is just 13% more and, with the same available energy, don't expect any miracles when the lights turn green in Beijing on October 24.

"The change has been introduced following a number of tests by Williams Advanced Engineering, the sole battery supplier for Formula E, to assess the feasibility of a 30 per cent power increase. The batteries were initially designed to meet season one technical specifications of a maximum power of 133kW. This was later increased to 150kW ahead of the inaugural season.

Maximum power of 200kW will still be available during practice and qualifying sessions. The amount of energy that can be delivered to the powertrain by the RESS will remain limited to 28kWh."

"The development of future battery technologies is fundamental to the ethos of the championship. Formula E is all about showcasing the progression of electric vehicle technology and thanks to the battery development from Williams Advanced Engineering we will see faster, more efficient and exciting racing this coming season."

"Formula E is all about pushing electric vehicle technology to its limits and showcasing its evolution to the public. Williams Advanced Engineering is working on a diverse portfolio of electric and hybrid vehicle projects and the learnings from Formula E are invaluable in developing our technology.

During season two the batteries will now be operating at 30 per cent more power than they were initially designed for and we have upgraded certain components and worked closely with the teams to make sure that this is sustainable without significantly affecting reliability."