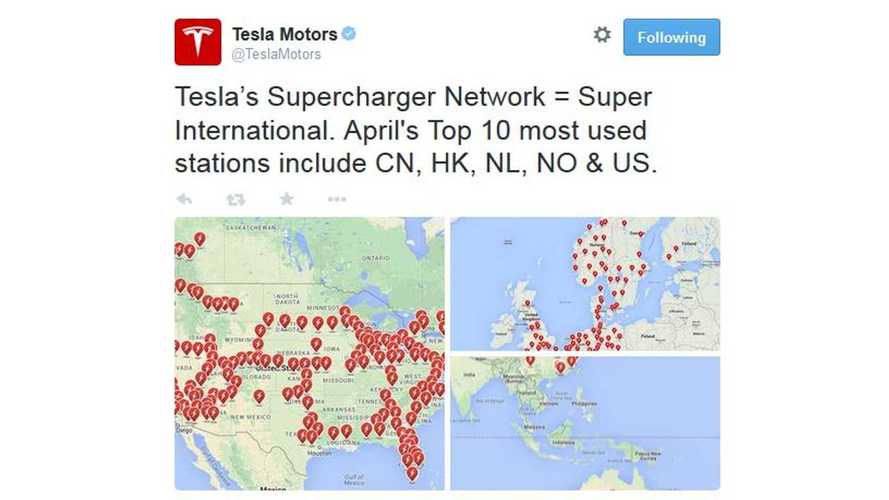 While Tesla didn't list the exact sites, the automaker did make it known that, in April, the Top 10 most utilized Superchargers are located in several countries.

Among the Top 10 in usage, you'll find Supercharger stations in the U.S., Norway and the Netherlands (no surprises here). But at least one of the Top 10 most used Superchargers is located in China, despite slow sales, and there's even one in Hong Kong where Model S sales are still in their infancy, having just begun 10 months ago.

We suspect that Superchargers are popular in both China and Hong Kong due to lack of at-home charging, which means that Model S owners in both locations probably seek out Superchargers on a daily basis.  At least that's our guess.  Perhaps there's some other reason that explains the Supercharger popularity?