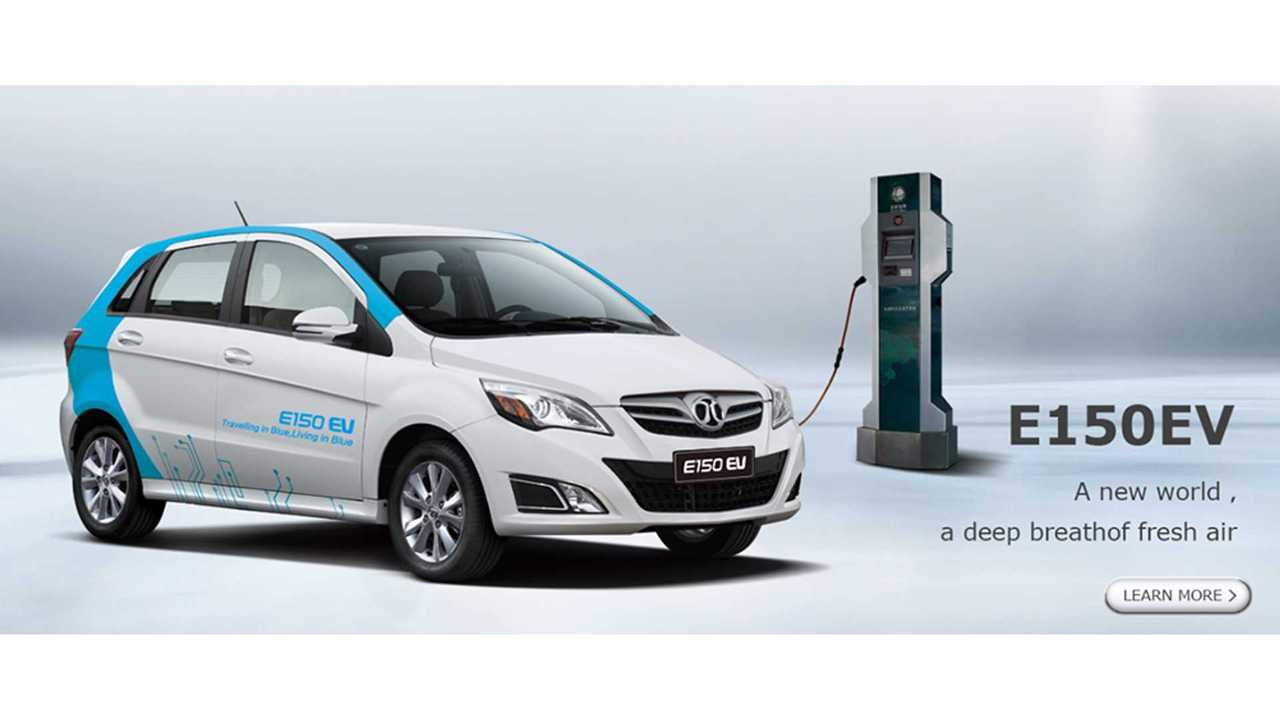 Silicon Valley, California, September 10, 2015 (Newswire) - BAIC (01958.HK) is proud to announce the opening of its first overseas research and development center, the BAIC EV R&D Center in Silicon Valley, California on August 21st 2015. This represents a crucial milestone for BJEV in terms of realizing our own long term strategy of globalization, but it also highlights how the Chinese electric vehicle industry as a whole will be able to participate in the global labor and technology innovation marketplace.

BAIC chose Silicon Valley for this investment because it serves as a focal point for innovations on the cutting edge of science and technology. The numerous, and prestigious, universities, the thriving technology start up sector and the presence of such industry titans as Google, Apple and Tesla should leave little doubt as to why this decision was made.

This new center, established in affiliation with the Beijing New Engineering Research Institute, has over twenty employees in its current launch phase, and will be dedicated to the research and development of four to six models per year. By utilizing Silicon Valley’s impressive talent and resource pool for such a crucial role within our product development process BAIC expects to realize significant improvements in both overall capability and market competitiveness. This will guarantee BJEV’s continued  progress with regards to vehicle technology as a whole, specifically in likely areas of future growth, such as vehicle networking and autonomous driving technologies. The Silicon Valley R&D center will also become an important part of BJEV’s eventual globalization plans, laying the groundwork for the company to fully realize integration into the global automotive marketplace.

In addition to the research center’s affiliation with the Beijing New Engineering Research Institute, BJEV will be partnering with some of the leading Chinese firms in the field of battery technology and telematics. Guo-xuan High-tech will bring its own impressive array of achievements to the table with their advances in battery cell design, materials technology and power management while Ctec-motor will provide its expertise on in-car electronic components, telematics and autonomous driving aids. The eventual goal of this cooperative R&D agreement will be a marked improvement in BJEV’s overall capabilities in the fields where these companies specialize, and a matching improvement in the integration of these technologies into the whole of the BJEV lineup.

BAIC’s General Manager, Mr. Zheng Gang, made the following comments in regards to the value of the new BAIC EV R&D Center of Silicon Valley, “Our strategy of conducting research into integrated vehicle technologies and platforms in an open manner has led to BJEV receiving resources and technical cooperation from eight universities and national institutes in research in development, as well as substantial support from partners from within the supply chain, such as Foxconn, Pangda and Tgood. The establishment of BAIC EV R&D Silicon Valley will further our integration of technology resources from our other industry partners, such as AZARI and ATIEVA from the United States, CECOMP from Italy, Siemens from Germany, SK from Korea, and several others, all in order to ensure that we are constantly innovating in the fields of technology, service and business organization. The establishment of this center is also a chance for BJEV and China’s automobile industry to grow stronger, make active efforts to participate in the global vehicle marketplace and to blend into the global industrial structure, all of which will help BJEV achieve its globalization targets, i.e. the globalization of research and development, the globalization of high end components and business partners, and to further lay a foundation that guarantees BJEV’s successful globalization of market participation and service.”

While the opening of Research and Development Center may be considered the first step in BJEV’s plan to expand its reach to overseas markets it is only the first of many initiatives towards that end. At the beginning of this year for instance, BJEV signed a shared subscription agreement with ATIEVA, a US firm specializing in the design of cutting edge pure-EV vehicles. We will become ATIEVA’s biggest share holder with the acquisition of its first set of research techniques. Currently this cooperation with ATIEVA on electric vehicles, in the form of a jointly run program between BJEV and ATIEVA, is in the middle of a very busy period , and is enjoying the full attention of BJEV’s management and engineering divisions. The first vehicle to arise from this partnership is estimated to be completed in time for debut at the 2016 Beijing International Automotive Exhibition.

As an Industry Leader, BJEV is Propelling the Expansion of the Alternative Energy Business Environment

In the first half of 2015 China surpassed the United States to become the largest market for Alternative Energy vehicles in the world. As the preeminent company in China’s  domestic  alternative energy marketplace BJEV has seen sales volume climb to 6,223 units through June of 2015. This represents a 23.1% market share amongst China’s pure EV players. These results have placed BJEV on top of the Chinese EV market, and given us an impressive ranking of sixth globally in pure EV sales.

None of this would have been possible without BJEV’s innovations in product and business practices. BJEV is going to leverage this position to bring a complete lineup of alternative energy automobiles to market. The will be categorized according to distance per charge into three groups; 2, 3 and 4, representing 200, 300 and 400 kilometers per charge respectively. There will also be three trim levels on offer, as well as three vehicle sizes. The goal is to provide consumers with as wide a variety of choice as possible.

In conjunction with our future product plans BJEV has also launched the “Blue Skies Project” in which alternative energy corporations are being encouraged to upgrade to the B2C industrial ecosystem. With these joint efforts BJEV has completed construction of over 7,000 charging stations, over 1,600 of which are for public use, all with the goal of making electric vehicle ownership as convenient as possible for prospective buyers.

BJEV’s ultimate plan is to bring yearly production numbers to over 200,000 by 2020, with a 30% target for the export market. The formal establishment of the Silicon Valley facility will help BJEV gain familiarity with the needs and requirements of overseas markets, raise its profile as well as that of China’s industry as a whole and ultimately facilitate the full integration of BJEV into the global marketplace. With preparations underway for a second R&D facility in Europe BJEV is acting on the belief that by entering core fields within the auto and information industries in a concentrated manner BJEV will be able to consolidate and solidify its position as leader of the Chinese domestic marketplace and even become the benchmark for entire global EV industry."