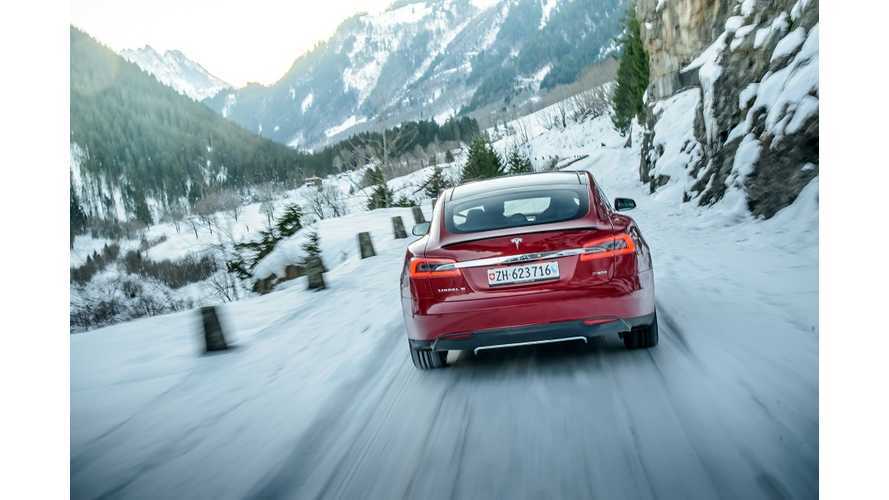 Tesla Model S continues its strong sales in Switzerland in August with 155 deliveries and a total 992 so far this year.

Asphalte.ch gives us an image of how Tesla is literally eating into Audi, BMW and Mercedes sales.

Tesla already has doubled sales from the whole of 2014 in the first eight months of this year, while some of the other listed brands will not even be able to sell as many cars in 2015 as in 2014.

Tesla is expanding at a rapid pace and attracts more and more consumers, especially after offering AWD models, which are important in mountainous countries.