Full US Range And Price Charting For EVs - Tesla Aside, 2016 Nissan LEAF Is Longest Range EV 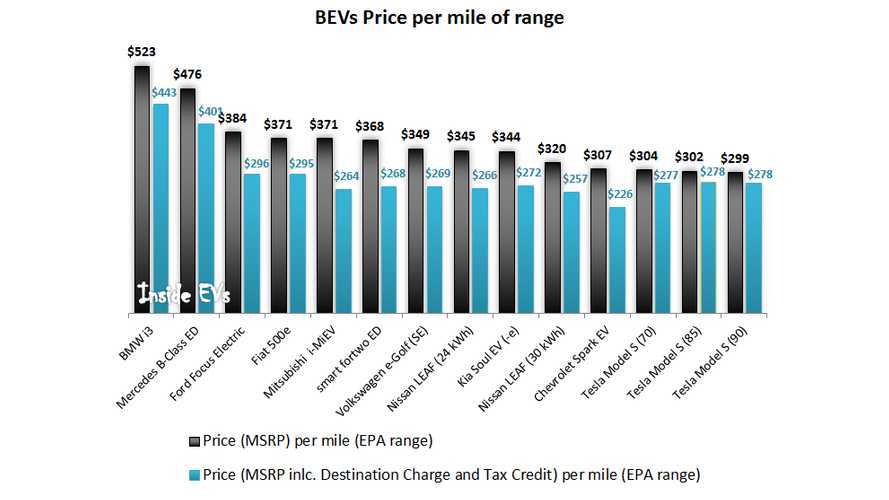 Announcement of the 2016 Nissan LEAF with 30 kWh with 107 miles (172 km) of EPA range immediately shot the LEAF into first place in terms of range among non-Tesla electric cars (first 3 positions) - based on official EPA ratings.

Even the Mercedes-Benz B-Class Electric Drive, with the now standard "range package" -  an additional 17 miles (on demand, after full charge) over the standard 87 miles EPA range, is below LEAF at 104 miles.

So it would seem, looking at the overall US data, that the 30 kWh LEAF (in SV/SL trim only) is a decent addition to the EV in its last model year before 2nd generation upgrade in the first half of 2017.

Prices after tax credit: Prices of BEV in relation to battery size in kWh: