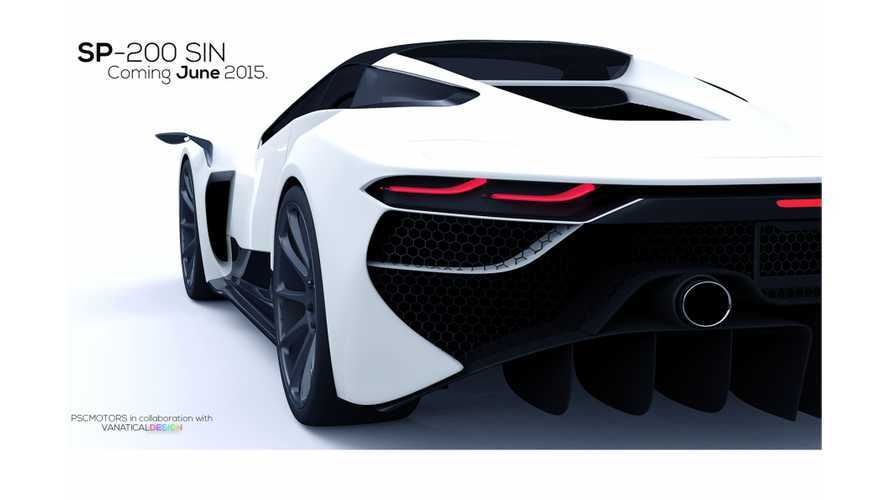 Autocar revealed information on a new plug-in hybrid hypercar called SP-200 SIN, which is being developed by PSC Motors, a Las Vegas-based car company, of which we're hearing of for the very first time.

Preview of the SP-200 SIN is scheduled for Monday,  June 1, while production is planned for 2016.

SP-200 SIN will get a 9.0-liter V8 petrol engine,  eight-speed dual-clutch automatic gearbox and electric motor at the rear axle for a total of 1700bhp system power.

"Measuring 4.4 metres long, 2m wide and 1.1m high, the American firm says the SP200-SIN has been geared towards high performance and lightweight design. Its body is constructed from carbonfibre composite and aluminium, and it’s claimed to tip the scales at 1400kg.

PSC Motors chief executive officer Antonio Calva says the company has Ferrari, McLaren, Porsche and Koenigsegg in its crosshairs with this hypercar and will limit production to 35 examples.

“When this project was started five years ago, we wanted to do something new, something special that can pay tribute to some of the world’s fastest cars.

Of course, we'll cover the reveal as it happens on June 1st.