BMW i8 Spyder Interior Teased Ahead OF CES 2016 Unveiling 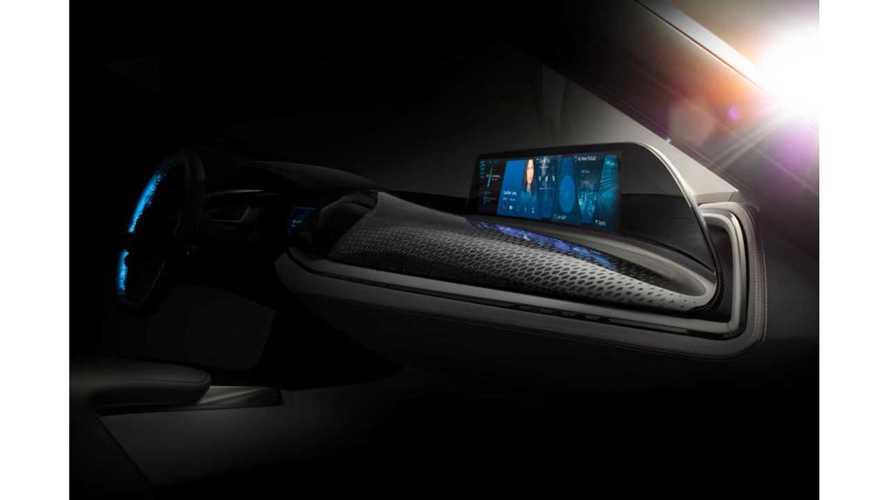 BMW has released one interior teaser image of its new i8 Spyder Concept ahead of its debut early next month at CES 2016.

It's believed that BMW has finally given the Spyder version of the i8 the production green light.

If true, then we could see this plug-in Spyder enter production perhaps by the end of 2016.

Details are scarce, but we suspect that the i8 Spyder will differ on the outside from the original concept (see below) first shown way back in 2012. There are some rumors that the Spyder version may boast more power and additional electric-only range, as compared to the standard i8.

We'll find out more from CES next week.