BYD Plug-In Electric Car Sales In August Up To Over 5,200 As Tang Deliveries Surge 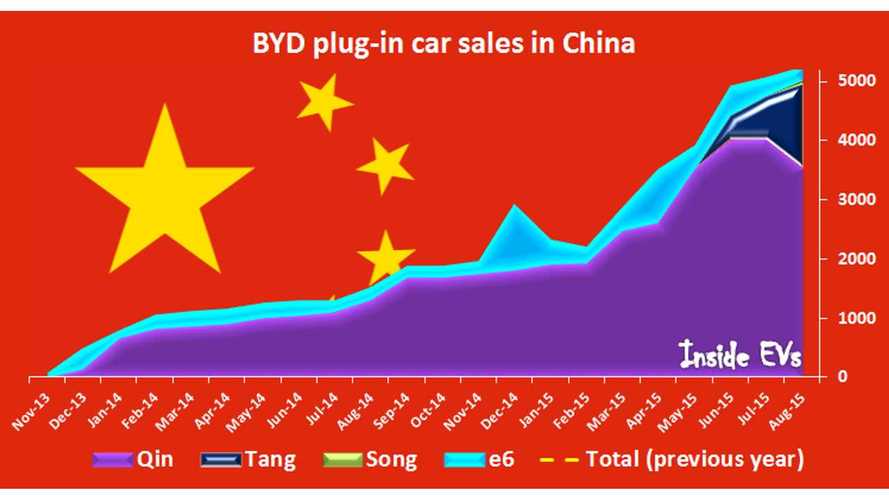 August was another month of sales growth for BYD's plug-in cars, as a total of approximately 5,249 were delivered.  An unprecedented level of plug-in sales for one company, in one country.

The new SUV model Tang is doing well with 1,432 units sold in its third month, but Qin, for the very first time since launch, moved down - to 3,534.

New model in the portfolio is the compact plug-in hybrid SUV - Song, which noted first sales or rather registrations as we still don't see sales offer/specs on the Chinese website.