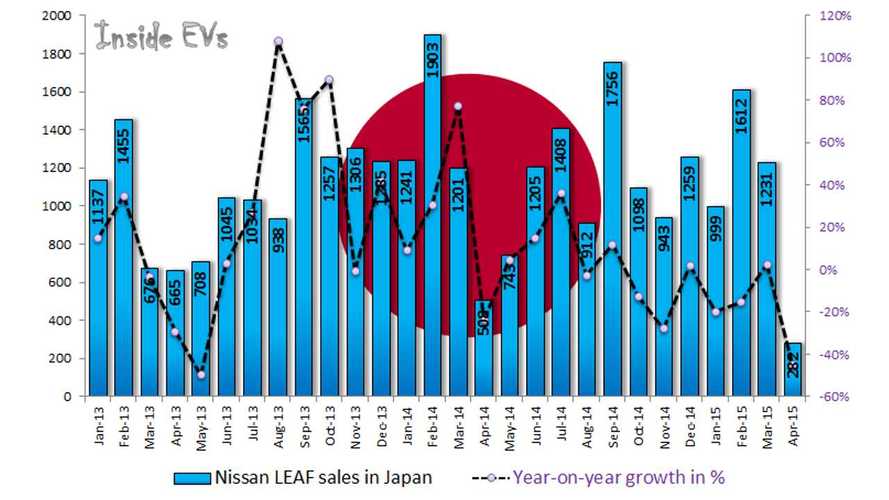 The two most popular models - Nissan LEAF and Mitsubishi Outlander PHEV - had just 282 and 188 sales, respectively. That's one of the worst result for both models in history.

Nissan sold less LEAFs only in December 2010, and April 2011 (the month after the 2011 Tōhoku earthquake and tsunami). Outlander PHEV didn't see such a low level aside from the brief interruption in production in 2013.

Also, all-electric Mitsubishis (all MiEVs) are not attracting many customers, as only 42 units of three versions were sold.

Overall, Nissan and Mitsubishi delivered over 7,000 plug-ins this year - 2,500 below 2014 through the end of April.  It's unlikely the two Japanese automakers will match last year's sales volume with other models like the BMW i3 and Tesla Model S (no sales data available for either of these two electric cars) on the market.