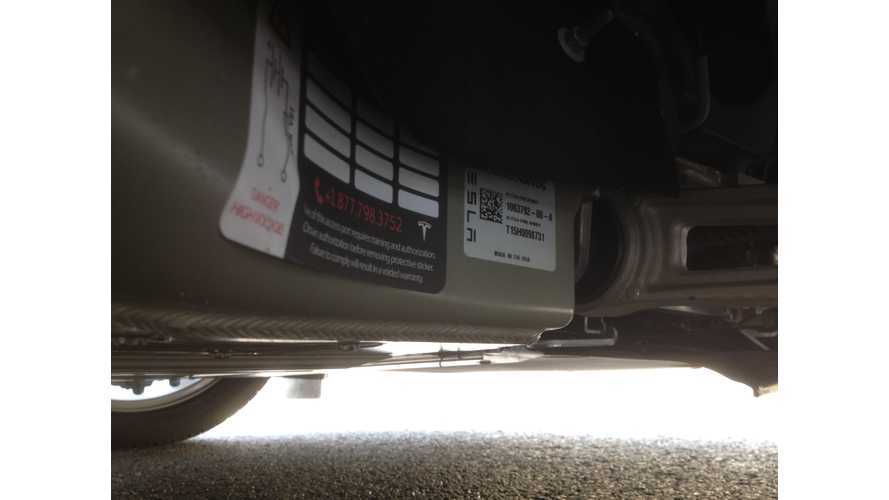 Tesla Model S owners are reporting the same part number (1063792-00-A) for P90D battery packs with and without Ludicrous Mode, which raises the question whether all P90Ds are Ludicrous Mode ready with only software being set to "ON/OFF."

"What can this mean to us?

Does the P90D Insane AND P90D Ludicrous have the same battery pack? Appears so in this small sample. Does this mean that the new advanced fuse system is in both the Insane and Ludicrous main traction packs?

In the long run, does this mean that in the future, via a simple software upgrade a P90D Insane can become a P90D LUDICROUS?"

There is a high possibility that Tesla Motors produces all P90Ds with Ludicrous Mode hardware to simplify the process, while just slightly raising costs.

Some are even reporting:

"In another thread here, it was reported that a car delivered to a service center had been upgraded via software to ludicrous speed mode with no hardware changes. "

Another question is are the new fuses only in the P90D or maybe in every new Model S? Another comment:

"Regarding the fuse, I am pretty sure that this will be the standard fuse for ANY car. It does not make any sense for a car manufacturer to have multiple versions of one part unless it is an expensive one. The 10k is a joke, I doubt the fuse costs more than 1-200 $. Tesla just found another way to make money out of nothing. It's of course their right to do so (for NEW cars)."

We wouldn't be surprised if Tesla is making most of its cars Ludicrous-ready, if for no other reason than to offer it as a software upgrade to current owners at some point in the near future.

Check out the entire conversation at the Tesla Motors Club here.