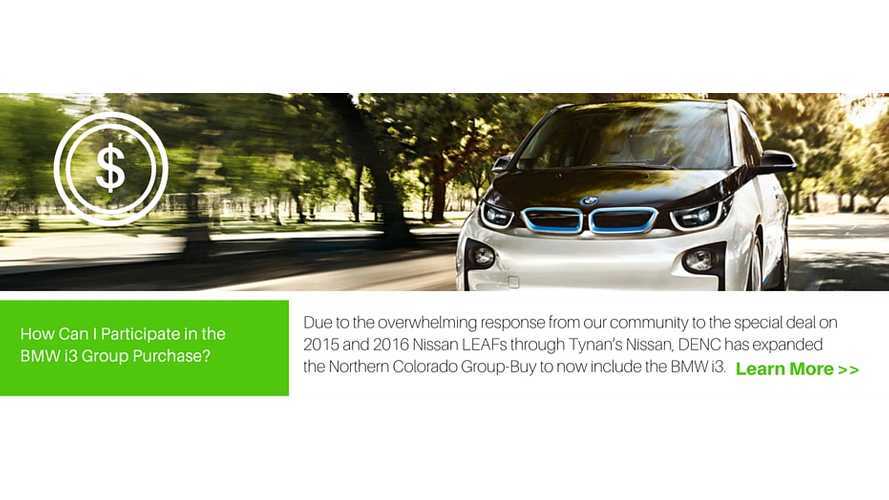 Offer is time limited and applies only to 2015 BMW i3s in Colorado’s BMW Center’s stock, so if you would like to benefit and claim the EV tax credits for 2015, then the time to act is now.

According to the Drive Electric Northern Colorado, effective price of the car after all savings is around 44% lower than the i3 price tag before any incentives.

Due to the overwhelming response from our community to the special deal on 2015 and 2016 Nissan LEAFs through Tynan’s Nissan, DENC has expanded the Northern Colorado Group Buy to now include the BMW i3. Co’s BMW Center in Loveland is taking $6,000 off the retail price of $44,444, and with federal and state tax credits applied, consumers can expect to save approximately 44 percent.