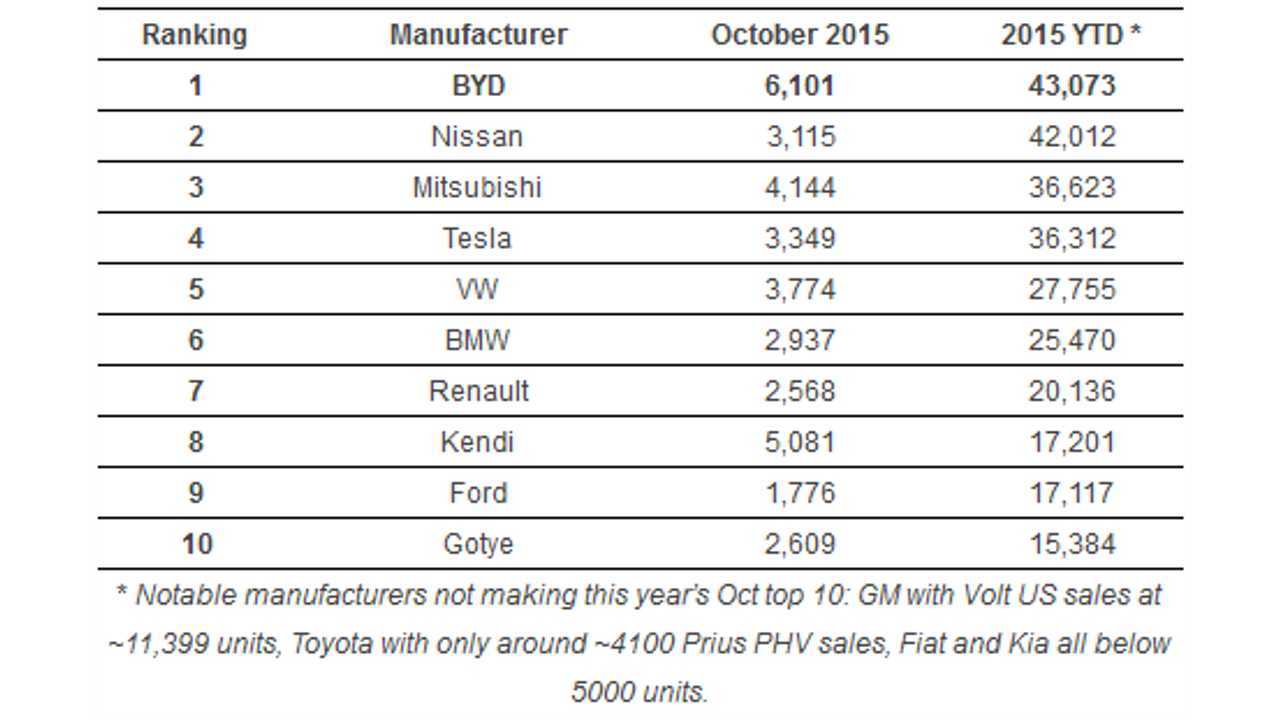 Founded in 1995,  BYD seems thrilled by its first position among plug-in electric car manufacturers for the year 2015.

The Chinese carmaker did a tremendous job, improving its position form 7th in 2014 to overtake all established brands.

With over 43,000 plug-in cars sold in 2015 through the end of October (estimation), BYD topped the table for global plug-in sales for the very first time both for the month and YTD results.

Add in another ~7,000 plug-in cars delivered in China in November, and that shoots BYD to the 50,000-unit mark for the first 11 months of this year. Not bad, especially when you read BYD's note that states that brands such as GM, Toyota, Fiat and Kia are now out of Top 10.

The large and booming Chinese plug-in market is helping BYD.

"What is BYD’s next move? BYD revealed their go-to-world-markets strategy at the 2015 Shanghai Auto Show with the “7+4 Strategy”. The 7+4 strategy is to change the world by replacing high-utility, fossil-fueled vehicles with clean, efficient, even more reliable EVs for seven on-road vehicle markets in this priority:

As well as four off-road vehicles for specialized applications:

"This multi-prong approach to reducing global emissions is revolutionary as no other company in the world has addressed these issues on such a mass scale. Building upon BYD’s success in manufacturing innovative Iron-Phosphate batteries, the Three Green Dreams approach is designed to eliminate most of the environmental problems we face today. These three dreams include zero-emission solar/wind energy generation, storing the energy in safe, reliable, non-toxic battery solutions, and delivering the renewable energy to an array of on-road and off-road vehicles for a measurable reduction in CO2 emissions."

Just took the No.1 ranking away from #telsa #nissan #toyota for EVs globally https://t.co/dC03t957kC Great way to kick off the #NewYear2016