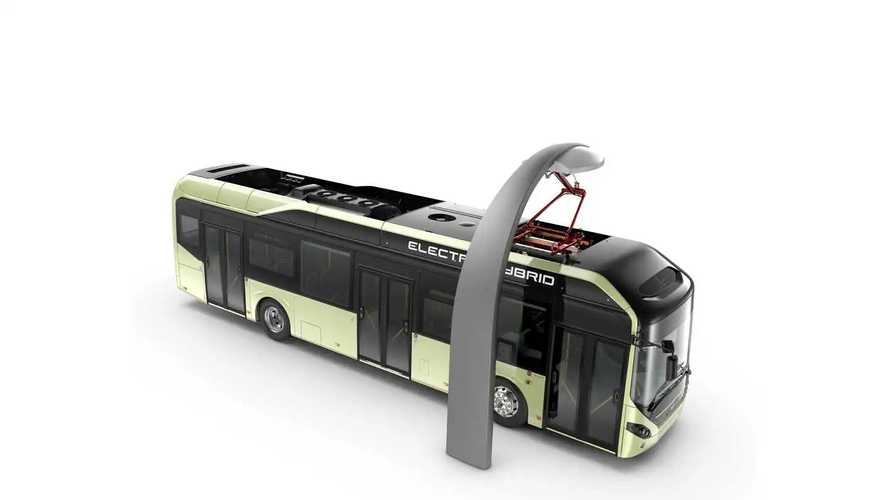 Volvo announced its "first series produced electric bus" will be unveiled at Busworld in Kortrijk, Belgium in October.

The most important part of this announcement is Volvo's intention to begin series production of all-electric buses. Earlier this year, Volvo launched a trial with a shorter concept battery-electric buses in Gothenburg, Sweden.

Volvo states just 10 km (over 6 miles) of range, but there is 6-minute recharge capability - in which the bus along its route would receive multiple charges one imagines.

Busworld Kortrijk also marks the global unveiling of the Volvo 7900 Electric, Volvo Buses’ first mass-produced city bus powered exclusively by electricity. Quiet and emission free, the model is around 80 per cent more energy-efficient than a conventional diesel bus. The bus’ batteries are charged through the energy generated during engine braking, as well as at bus stops via the power grid.