Once Again: Green Stickers For PHEVs Max Out In California 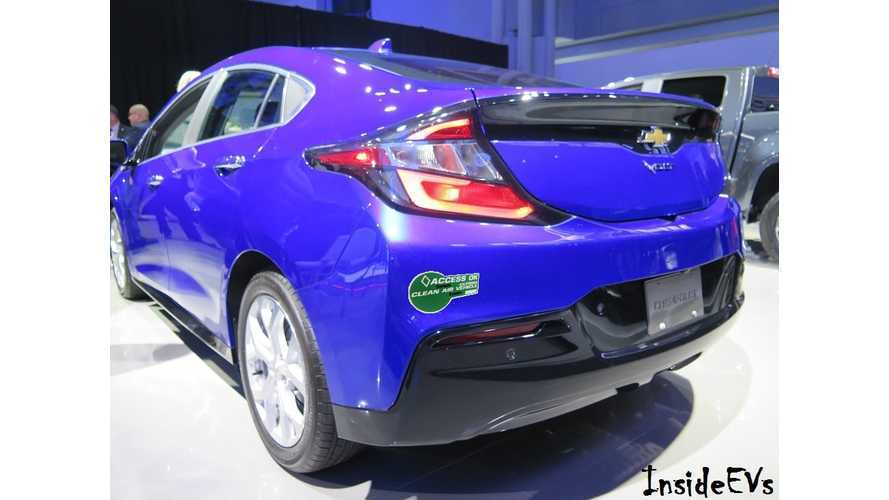 The proverbial 'lump of coal' for all California buyers of plug-in hybrid vehicles this Christmas, is a recent announcement by CARB (California Air Resources Board) that all of the "green sticker" allotment has been exhaust.

The alternative fuel vehicle program allows single-occupant use of all High Occupancy Vehicle (HOVs) lanes in the state for qualifying cars; which can be a very big incentive to buy the technology by itself.

And, if it seems like we just recently reported that the green stickers had expired...we did just 6 months ago, before it was expanded (again) by another 15,000 units - up to 85,000 units.  Which means 15,000 PHEVs, such as the Chevrolet Volt and BMW i3 REx, have been sold in a relatively short amount of time.

To Date, The Chevrolet Volt Is The Most Registered PHEV For The Green HOV Sticker

As the plug-in incentive program was slated to originally only dispense 40,000 stickers, but was augmented on a couple of occasions thereafter, the expectation of PHEV buyers (and CARB it would seem) is that it will likely be bumped again (despite there being no concrete plans at the moment to enact that change).

Endless White Stickers For All-Electric Vehicles, Such As The Tesla Model S And Nissan LEAF, Are Available Over The Next 3 Years (photo via Mark Z)

The "white stickers", given out to all-electric (BEV) vehicles, have no hard cap on the amount issued, as the zero emission status of the EVs is congruent with the ultimate design for future transportation in the state.  The expiry calendar date for the white stickers was recently extended to January 1, 2019.

To date 92,480 white stickers have been given out.

In other news, the Sonata PHEV was recently added to the Green sticker eligibility list.  /tough break Hyundai