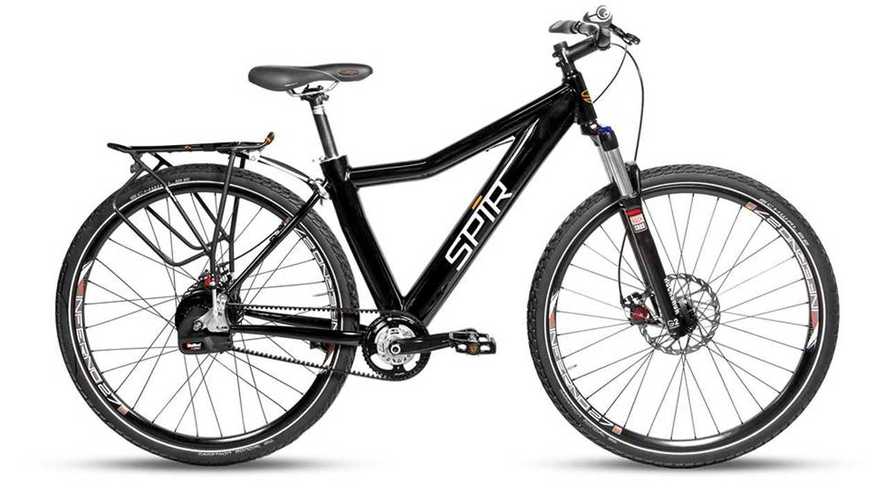 Electric bicycles have long been a good idea for first responders looking to navigate or control crowds. However, past designs placed all of the heavy drive train components to the rear of the bicycle. This weight plus the excessive weight (up to 70 lbs.) of gear that first responders carry, weighs down the backend of the bike. The result was sluggish speed, erratic balance, and poor battery life.

Due to the limitations of these designs, first responder agencies have not adopted the potentially powerful tool of electric bicycles.  Spir enlisted police agencies from New York, Indianapolis, and Chicago for help in reinventing the electric drivetrain. The result was a revolutionary drivetrain capable of performing in the toughest environments.

What we have here is a completely in-frame design, custom motor, controls, battery, frame all from the ground up, aimed at law enforcement and first responders and in development for the last two years.  Will it be available to the public?  Grant Chapman, Systems Engineer of the Spīr (pronounced "spire") team, told us: "... we will happily sell to an individual that wants something this high in performance and quality ." Chapman also told us they are as much working on the tech innovations as the bike itself: "We are also looking to license the tech towards OEM bike makers looking for a high quality mid drive kit that are really good at making bikes but want don't have the team to do the EV side of it."

That certainly makes some sense, once you look at some of the design features - for one thing, their own controller with special sauce: "...senseless, brushless, field oriented control (torque control)".

Specs?  Do we ever let you down?

Now, some of the names on the site may ring a bell - Chapman and Drew Westrick (CTO) hail from Purdue's EV team, and were involved in the Purdue Land Speed bike we know and love.  Involved, meaning, they did the drivetrain.  These two also are responsible for G-Zero Racing, urban-based electric cart racing on steroids.

The Spīr site is here, and their Facebook page is here.