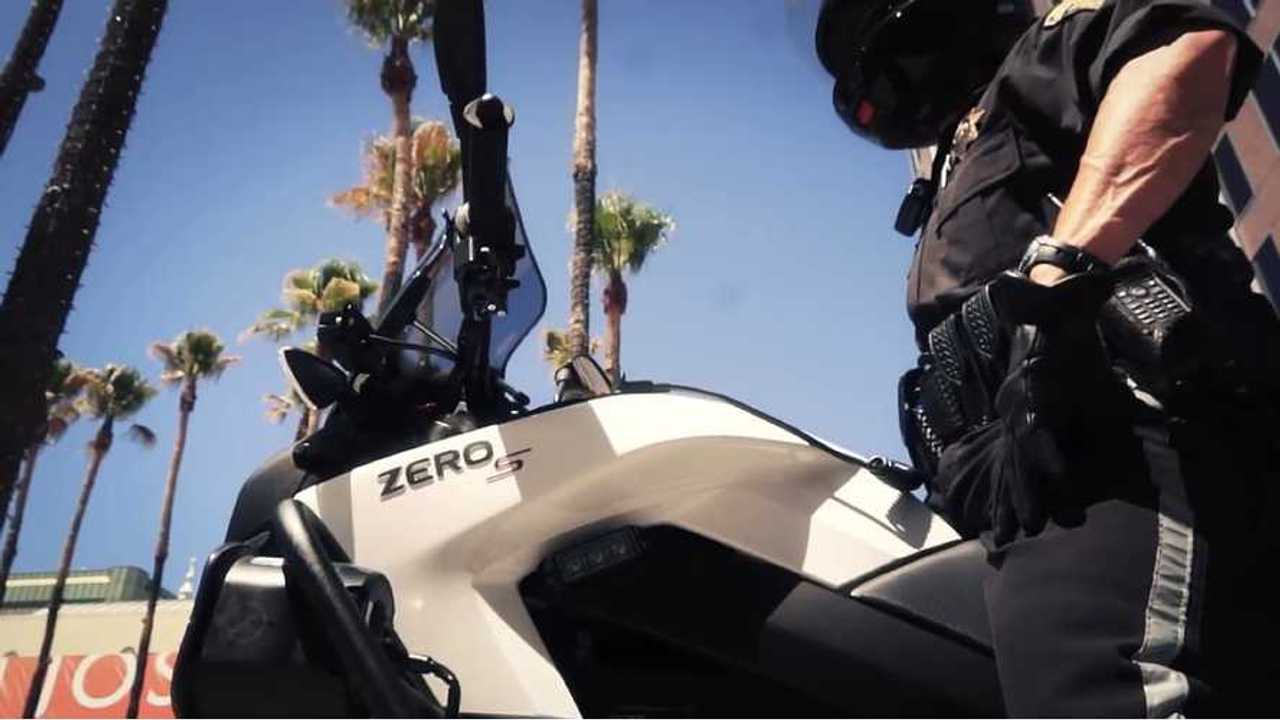 Zero Motorcycles reports over 50 Police Departments have adopted its electric bikes...  kind of a new twist on "ElectraGlide in Blue"?

“This is a milestone for us, as more agencies embrace the benefits of Zero Motorcycles,” said Kevin Hartman, North American fleet sales director for Zero. “When compared to traditional police motorcycles, our patrol bikes have a lower total cost of ownership, are easier to maintain and—with minimal noise and no exhaust—are a vehicle for good community relations.”

The lack of noise produced by the motor is proving to be a tactical advantage for patrol officers.

“This motorcycle is so quiet that we continuously sneak up on wildlife and suspects while out on patrol, and we continue to receive positive feedback from the public,” said Officer Steve Carbajal of the Los Angeles Police Department’s Off-Road Unit.

“Because the motorcycles are electric, officers may arrive on scene without disruption and come across a crime in progress without being detected,” said Amy (Armstrong) Luna of the Fresno State University Department of Public Safety.

With over 600 sworn officers, the Cobb County Police Department is already benefiting from their recently added Zero motorcycles. “They have been a great addition. Officers are excited to use them, and the positive response from the public has been overwhelming,” said Sgt. James D. Fincher of the department’s Ranger Services. “We currently use them to patrol the 77 parks within the Cobb County parks system, along with patrolling the 13-mile Cobb section of the Silver Comet Trail (a heavily traveled, 61-mile paved trail stretching from the Atlanta area to the Georgia-Alabama border). The ease of use, positive public relations and downright fun has proven invaluable to our department.”

Zero’s police motorcycles are fully electric and designed exclusively for police and security departments as a cost effective means to patrol a wide variety of terrain and areas with noise and pollution limitations, including indoors. Patrol models are fully equipped with pursuit emergency lighting and sirens, safety components, and functional storage options to carry gear, patrol items, and emergency medical equipment.

“Our Zero motorcycle makes a significant contribution to our continued efforts to promote environmental sustainability, while providing all the positive features of traditional motorcycles,” said Sgt. Paul Parizek of Des Moines, Iowa, P.D.